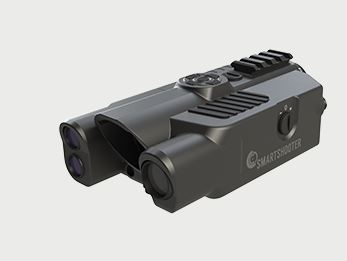 Jane’s and UAS Vision report that Israel’s Smart Shooter has demonstrated its new counter-UAS capability within the SMASH family of smalls arms fire control systems at the annual Association of the United States Army event.

The C-UAS range of fire control systems made its international debut at the Eurosatory exhibition in Paris earlier this year. The SMASH 2000 Plus is reported by the company to add a drone mode to its targeting systems which allows the shooter to lock onto a target and will only allow a round to be discharged when it can be guarantee to hit the target.

“The SMASH fire control system puts a precision anti-drone capability at the fingertips of its users, featuring built-in targeting algorithms that can track and hit even very small drones skimming along at high speed, at ranges of up to 120 metres, with the first shot,” says the company.

The SMASH 2000 Plus has a built-in storage so video or images can be recorded for training or after-action reviews.