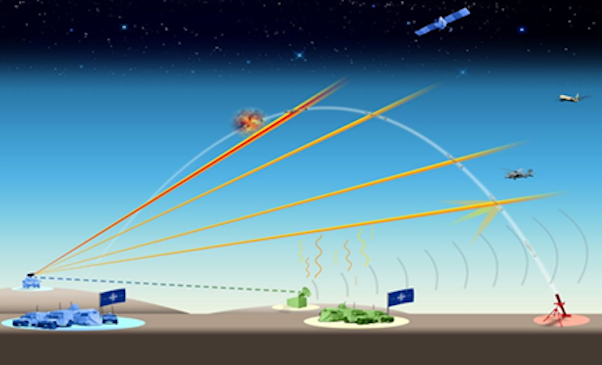 NATO experts will gather in October this year at the Salto di Quirra military test range in Sardinia, Italy, to test-fire different kinetic and directed energy weapon (DEW) solutions, including lasers, against individual and swarming drones.

NATO’s multi-national Research Task Group, SAS-140 was established in 2019 for a three year period under the umbrella of the NATO Science and Technology Organization, to accelerate the transition of DEW into the mission areas. The Technical Report with the findings and recommendations of Research Task Group SAS-140 is expected by the end of 2021.

CDR Pieter Blank, Head Innovation at Royal Netherlands Navy and Chair of SAS-140 explained, “From the group’s inputs I strongly believe that DEW capabilities can give truly new options to field commanders to achieve mission success. NATO Nations and Partner Nations can use the results of the study to explore their own requirement space and identify the solutions space relevant to their needs”.

Meanwhile, the French Army reports it has improved its air base anti-drone defence capabilities with the deployment of its ICARE combined radar/anti-drone weapon units at air force bases. “The development of ICARE…was carried out by the technical section of the Army from 2019 to the end of 2020,” said the French Army in a Facebook post. It is part of a wider programme aimed at relacing legacy system and preserving France’s industrial base while supporting the army’s joint tactical battalions (or Groupement tactique interarmes, GTIA), which allow the Army to coordinate the actions and the expertise of each branch of the land forces, under the single command of a central regiment.