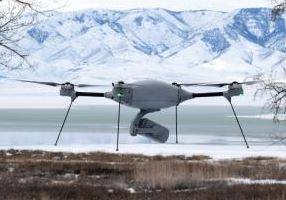 Collaborative development will take place at MyDefence in Denmark. The project is part of an industrial cooperation programme in Denmark with Sikorsky, a Lockheed Martin company. Project goals include pairing the Indago with the KNOX system to achieve rapid response aerial surveillance capabilities. This unique solution will allow users to quickly and effectively detect adversaries and record evidence that could be used for prosecution.

“MyDefence Communication is an R&D company. One of our research areas cover combating the malicious use of drones in the public domain. Over the past year, we have noticed a growing need among our customers not only to detect and neutralize a drone, but also to find and prosecute the drone pilot. We look forward to this cooperation and are very pleased that a large company like Lockheed Martin can see opportunities in working with a smaller Danish company,” said Steinø.

The KNOX system is an anti-drone alarm and protection capability paired with Indago to gather real-time information about a suspect drone and its pilot. As designed, the KNOX alarm sounds when an unknown drone is detected in the area of interest. A target search area will then be provided to the Indago ground station and the Indago can then be deployed to locate the unknown drone operator, and provide real-time imagery of a potential subject which can be provided to law enforcement for apprehension. Additionally, KNOX is able to detect and identify drones and protect the area by disturbing the device communication at the precise wireless frequency of the drone without interfering with other mobile signals.

The pairing of the KNOX and Indago systems would be especially useful to secure areas such as critical infrastructure, prisons and private property.

“Bringing this capability to Indago will add another tool for the system’s users who rely on the Indago for high-quality imaging, easy, all-weather operation and long endurance,” said Richard Bonnett, general manager, Lockheed Martin Procerus Technologies. “Indago users worldwide could benefit from this enhancement.”