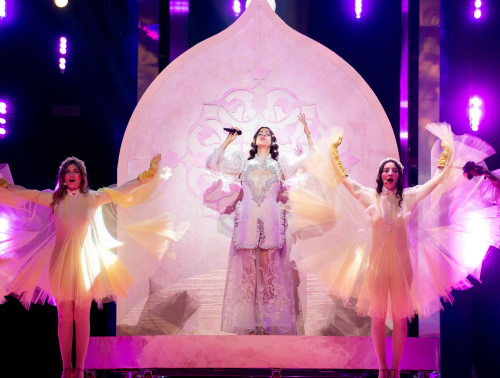 The Times of Israel reports that Israeli security forces neutralized but did not shoot down 80 drones flying near the Eurovision Song Contest Tel Aviv venue last week.

“Israeli police, fearful of a terror attack on the Eurovision Song Contest, deployed a new new anti-drone unit to protect the participants, fans and Tel Aviv residents during last week’s music extravaganza, Israeli TV reported Sunday,” said the newspaper. “ Israel had already announced that it was deploying its Iron Dome System to protect against rocket attacks, but authorities also feared that drones could be used to target the international event. Eran Salomon, the head of police’s Bomb Disposal Division, told the TV news channel that sappers from the unit brought down — but did not shoot — 80 UAVs that approached the Eurovision Village or the Tel Aviv Fairgrounds last week despite police instructions not to fly drones near the competition venues….According to Channel 12, none of the 80 drones that were intercepted by security forces over Tel Aviv last week were attempting to carry out an attack. Police said the drones were forced to land and then returned to their operators, who were given a warning.

“However, Salomon said that if an approaching drone had been believed to be attempting a terror attack, sappers could have used the gun to instantly shoot the drone out of the sky, or to force it to return to where it was launched from. According to the report, the weapon used by the police sappers is the Chinese-made Hikvision UAV Jammer, which brings down nearby drones by interfering with their radio frequencies. It is said to have a range of several hundred meters.”