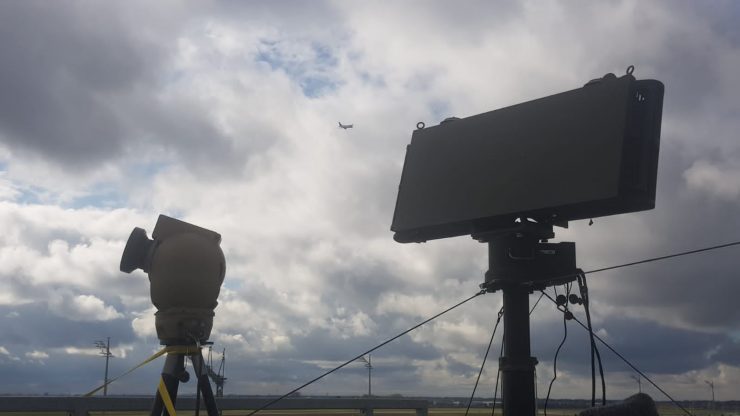 The attack by Iran on Saudi oil facilities in September 2019 came as a surprise to both US and Saudi Arabian intelligence agencies. The weapon systems used in the combined attack performed by cruise missiles and armed drones included seven Quds 1 cruise missiles powered by Iranian-built jet engines derived from a Czech engine.

The Quds-1 is believed to be similar to the Soumar long range cruise missile but simpler and much cheaper.The Iranians also used eight armed drones that were developed in Iran based on technology acquired in other countries. While the targeting method is not known, the Israeli experts pointed to the accuracy of the weapon systems: they “hit exactly where they should,” one of the experts said.

The experts add that the weapon systems were launched either from South–east Iran or by Iranian proxies in Iraq.

Israel has been worried by the cruise missiles threat and in recent years has accelerated its efforts to prepare for such attacks.

Uzi Rubin, former head of the Israel missile defence organization, has investigated the attack. He says that it was highly concentrated and began and ended in a short period of time. He adds that the swarms of attacking drones arrived at a fairly tight structure, throughout the flight, from take-off to impact.

“The attacking drones seemed to carry fairly small warheads, or no warheads at all, and the damage done was more to the containers’ outer shells. This helped the attackers politically…The restraint of the attack planners, who have carefully limited its power to cause economic damage but not loss of life, is noteworthy,” he said.

Researchers at Ben Gurion University in Beer Sheva in southern Israel, are developing a detection system which they say is unique in its ability to pinpoint the location of the drone operator. The research is being led by Dr Gera Weiss and conducted by lead researcher Eliyahu Mashhadi. “We insert all the points along the flight path into a deep neural network that is trained to be able to predict the exact launch point and the location of the drone operator” Mashhadi said. The researcher explained that while testing the model with the flight simulator, a 78% accurate location was achieved. A new system under development goes a stage further and locates the operator so he/she can be neutralized before another drone launch.

Meanwhile, Israel’s counter-UAS industry is also gearing up its capabilities with new partnerships and product launches. Among some of the most significant recent activities Israel Aerospace Industries (IAI) recently entered a collaboration agreement for the integration of interception capabilities into the company’s anti-drone system, Drone Guard. The intercepting drone developed by the Iron Drone start-up can be launched during day or night from a docking station that hosts several ready-to-use drones. Several intercepting drones can be launched simultaneously to address several targets or swarms.

According to Alex Levit, director of marketing and business development in Elta, the IAI subsidiary, the Iron Drone is designed to intercept hostile drones: “We see this drone as a complementary system to our Drone Guard which uses an X-band radar, either static or carried by two soldiers. In other configurations we can offer the system with a rectangular antenna that covers 360 degrees or a rotation antenna when the radar is carried by a vehicle.”

Rafael has also developed an integrated UAS and drone interception system, the Drone Dome, and recently integrated a laser weapon into the system.

According to Col (Ret) Meir Ben Shaya, Business Development Director Air & Missile Defense Systems Division at Rafael: “In the coming years every sensitive site will be protected by such a system, and every convoy of a high ranking official like a president “. In addition to the laser gun Drone Dome also features a jamming system for disrupting communications between the drone and its operator. Drone Dome’s range reaches several miles but causes minimal interruptions to other systems in nearby urban areas, says the company. The standard Drone Dome system comprises a RADA RPS-42 S-band multi-mission hemispheric radar, a Controp MEOS electro-optical (EO)/infrared surveillance suite, a communications package, and the C-Guard RD jamming and NetSense Wideband detection sensor systems developed by Netline. The UAV and drones threat is neutralized by activation of directional GPS/GNSS and radio-frequency inhibitor/jammer devices.

The Rafael official said that recently the system has been equipped also with a Differential Times of Arrival (DTOA) sensor that increases detection accuracy. 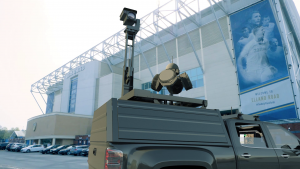 Addressing the increasing demand for protection of vehicles and convoys against hostile drones, Elbit Systems has developed the mobile ReDrone, a vehicular configuration of the company’s operational anti-drone protection and neutralization system. The vehicular version detects, identifies and neutralizes all types of drones (at any radio frequency) within a radius of several kilometers, providing any vehicle with a 360 degrees protection shield against hostile drones. According to Elbit, the ReDrone Vehicular Tactical System works automatically or manually, with no setup or operator control required for the entire process. Its open architecture enables a full data flow to the vehicular control system and an effective interface with command and control centres. With the detection of a hostile drone, the ReDrone Vehicular Tactical System neutralizes all communications between the drone and its operator, including radio, video and GPS signals. The system is also capable of separating a drone’s signals from its operator’s remote control signals in order to locate and track each of them separately.

The SkyLord, “killer” drone, now used by US Special Forces and developed by Xtend, carries “a very light-weight net, flies over the enemy drone, releases the net and kills the props,” the company explains. The company says SkyLord can use current C-UAS sensors to locate the drone but the take-down is managed by a soldier equipped with a simple-to-use handheld controller.