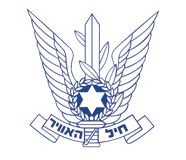 The Israeli Air Force has announced it has set up a counter-UAS force (http://www.iaf.org.il/4476-50374-en/IAF.aspx). According to the IAF the task force was established as part of the “Magen” (Shield) Directorate, and its goal is to develop assistive technological capabilities for all relevant factors.

“We established a national counter-drone task force in order to develop a proper response”, said Col. A’, Head of the “Magen” Directorate, at a panel discussing Israel’s national preparation against the drone threat. “The task force is led by the IAF and includes the Technical and Operations Departments as well as the Administration for the Development of Weapons and Technological Infrastructure. The crew is in communication with all relevant factors, including the Israel Police and the Israel Security Agency. The work was previously handled by IAF service members alongside their routine work, but now a designated task force exists”.

“The IAF has dealt with the drone threat since the beginning of 2016, when it was realized that this was a threat which needed to be taken care of”, said Lt. Col. D’, Head of the Counter-Drone Task Force. “Since then, the ‘Magen’ Directorate has added counter-drone activity to their objectives. Events occurring in Israel and around the world led to the realization that drones may pose a threat. In the past, drones were only operated by hobbyists. However, technological developments which occurred over the last few years made drones and their operation much more common”.

“Lt. Col. D’ added: “Drones no longer need to be built – they are now purchasable. Certain advancements in the fields of sensors and photography led to the fact that drones can not only be easily operated, but also be used to easily perform missions. This makes them a threat – now, anyone can have a potentially harmful device in their hands”.

“Drones in general are not our enemy”, emphasized Lt. Col. D’. “Drones are amazing and their use should be allowed. We see them develop throughout the world, from recreational use to commercial use in the fields of security and agriculture. Some companies predict that drones will act as their shipping carriers in the future. And yet, security forces from around the world are worried about the drones’ malevolent potential”.

“There are suddenly many aircraft flying in the sky. This bears an influence on civilian aviation”, said Lt. Col. D’. “Certain situations are potentially harmful, such as an aircraft preparing for landing before having a drone pass it by. This is not a terrorist event, but an event where an innocent civilian operated a drone in an unsafe manner which could have damaged the aircraft. Events of this sort have worried security forces across the globe, who then begun activity in the field of drones as a result”.

“Drones are a national challenge, and the IDF’s operation in this field includes prevention of their incursion into Israel’s territory, protection of strategic locations and defending the IDF’s field of operation. Several drones have been intercepted as part of the IDF’s routine security activity over the past year.

“The task force is national and its missions aren’t related solely to the IAF and the IDF”, elaborated Lt. Col. D’. “The task force’s counter-drone activity is also related to the Ministry of Defense, and should include protection of airports and detention centers, while also assisting the Israel Police in security. If someone from outside the IDF wants to take care of a drone which enters his airspace, he needs to be in communication with the IDF. When establishing the operation plan against the drone threat, we factor in the needs of every relevant factor in Israel and try to provide a focused response”.