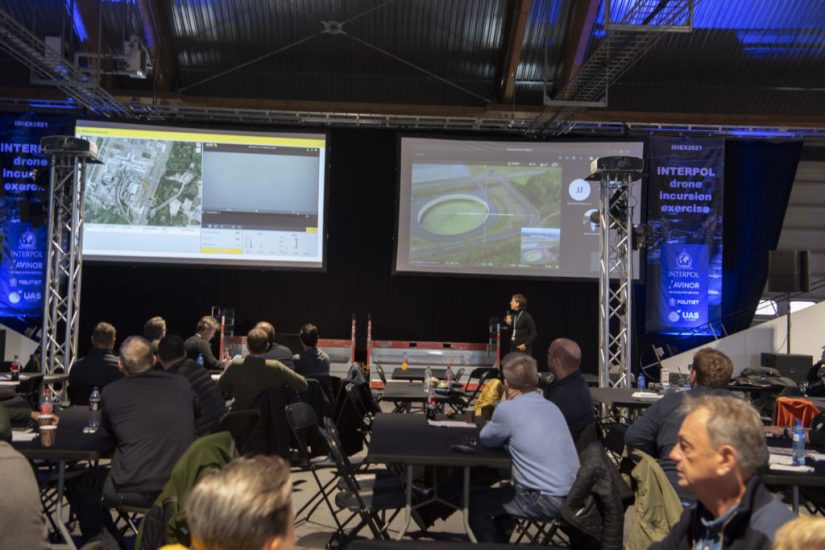 A joint exercise at Oslo Gardermoen Airport involving Avinor, Interpol, the Norwegian Police Force and UAS Norway conducted a large scale counter drone exercise earlier this week, while the airport was in full operation. Attended by 170 participants from all over the world, 17 suppliers tested antidrone systems over three days.

The results of the exercise are due to be published in November 2021.

Christoffer Church, senior digital forensic specialist from the Interpol Innovation Center in Singapore said that since Norwegian police installed a drone detector at Gardermoen a few months ago, everyone has been surprised by the number of drones detected in this controlled airspace. He said this is not just a problem in Norway. “The problem is getting bigger and bigger because drones are getting cheaper and easier to fly – and they get longer flight time. This means that when a problem arises with a drone observation, you have to worry about it for a longer period of time than before.”

Interpol is impressed by Norway’s work in this field and hopes to share the test results with other airports. “For these providers to come and test their systems at an airport that is operational throughout the exercise is unique.”

Interpol Assistant Director for Applied Innovation Luciano Kuppens said the goal is to create a guide to antidrone systems, partly based on the results we get from this exercise. This will be published to all our member countries, and the idea is to have it ready by March next year.

“This will be a kind of basic introduction to antidrone systems for authorities and police. There is a lot of uncertainty and doubt about how such systems work, and what kind of opportunities and challenges exist. Together with the Norwegian police, we will create a guide that can be of help to police authorities around the world. We will also inform the industry about what the authorities need from an antidrone system, how they should work and in what environments. It is also important that such systems can be implemented quickly and become operational quickly for the police. It is a challenge that it can take a long time to install and configure such things. Therefore, we gave the various vendors at this exercise one day to install and operate their systems,” said Christoffer Church.

“You cannot put up fences hundreds of meters around an airport. This is a relatively new issue, but by bringing relevant actors from different countries together, we want to set standards for how to respond. The technology is complex, for several reasons, so it is important for the police authorities to understand how it works. It is also important with systems that allow the police to find the pilot, in addition to the drone. If you just take the drone, you will often just postpone the problem,” said Christoffer Church. “By arranging such events, we can accelerate the antidrone work greatly. We want everyone to share their experiences with us, so that we can share them further with other member countries. Almost all countries in Europe conduct antidrone work and we want to be a platform for sharing information and results.”

(Image: Participants follow the exercises inside the hangar at Gardermoen. Anders Martinsen)