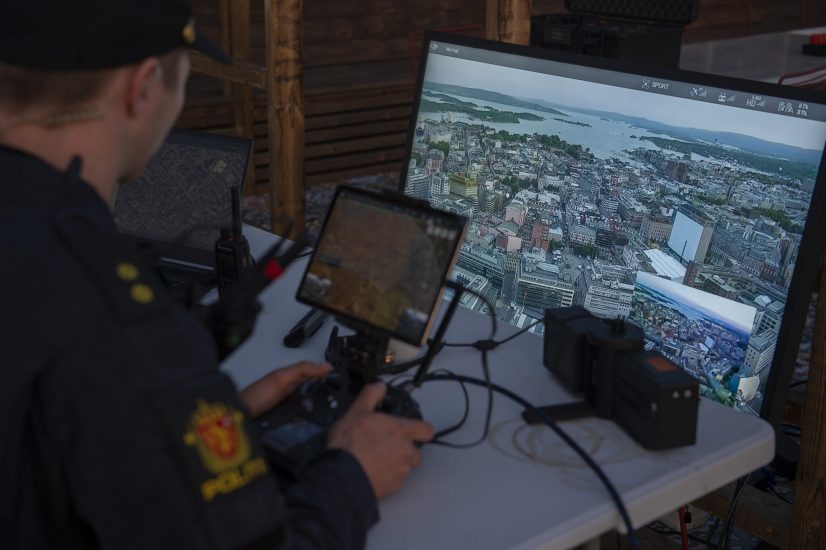 INTERPOL has published its conclusions of the counter-UAS exercise which took place at Oslo Airport Gardermoen (https://www.unmannedairspace.info/counter-uas-systems-and-policies/interpol-tests-counter-drone-systems-at-oslo-airport-plans-counter-drone-guide-in-early-2022/) during the recent Interpol conference on drones.

The results of the study are not being made public, however. According to a 22 June news post from UAS Norway.

“Since September 2021, the part of the drone world that works with antidrone capacities has been waiting for the report after the large exercise at Oslo Airport Gardermoen. The demanding exercise was arranged by Interpol together with UAS Norway, the Norwegian police and Avinor. Systems then tested could detect drones and some also had capacity to stop drones. Today, the report was finally presented at Ides 2022 in Oslo by Madan Oberoi at Interpol and his colleagues. The results are they careful not give too many details about, says Oberoi, who leads Interpol’s investment in drones. He presented the report in a closed session at the conference, with more than 250 participants present….

“Held in Oslo from 28 to 30 September, the real-life exercise gathered law enforcement, academia and industry experts from Europe, Israel, and the United States to test and assess 17 drone countermeasures to ensure the safety of an airport environment through the detection, tracking, and identification of drones and their pilots. These systems are emerging as essential elements in ensuring the security of airports, airspaces and protecting no-fly zones above cities, prisons, and critical infrastructure. Each countermeasure was assessed and graded against specified criteria. The results will be consolidated to create an INTERPOL Drone Countermeasure Framework which will be available to law enforcement across INTERPOL’s 194 member countries, creating a global focal point for collaboration and knowledge-sharing.

“The exercise was held at the Oslo Gardermoen Airport while it was in active operation. Due to the complexity of the exercise, the event required close collaboration with airport owner Avinor, the Norwegian Communications Authority, the Civil Aviation Authority and UAS Norway to ensure that all systems and tests were held to a required standard and did not affect airport operations.”

According to Jan Otto Johansen, quoted by UAS Norway, who leads the Norwegian police’s work with anti-drone measures, the most important lesson with this report is probably that: “you have to carry out real tests. You cannot discuss and evaluate anti-drone measures only in theory.” He emphasized that there is a big difference between different operational environments. The report will help member states understand how such tests can be carried out and how they can be able to evaluate these  C-UAS systems.