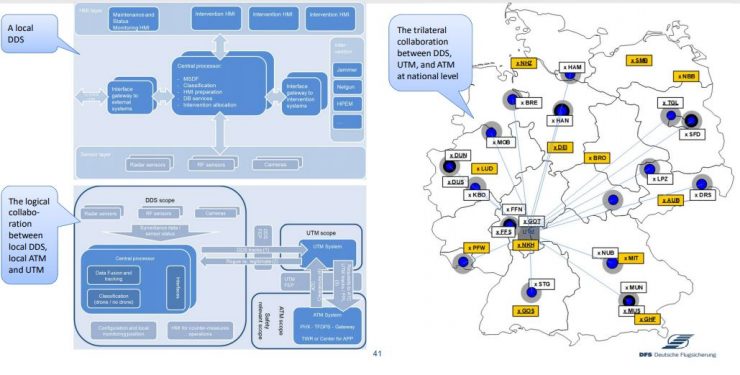 DFS has been asked by the government to research counter UAS equipment purchases and integration of a DDS into the national UAS traffic management (UTM) system to protect the airspace up to 4,000ft and 18km around the country’s 16 largest airports, according to Ralf Heidger of the DFS, speaking at the U-space ConOps and research dissemination conference, Eurocontrol, September 30-October 1.

The agency has developed a concept which integrates the DDS with the national UTM and ATM systems.

Each DDS will comprise phased array and other bespoke radars, radio frequency detectors fused with primary trackers to ensure the system can distinguish between drones, commercial aircraft and other flying objects. The system will be fully integrated within the UTM, which will be able to tell which of these tracks are being cooperatively tracked, or not.