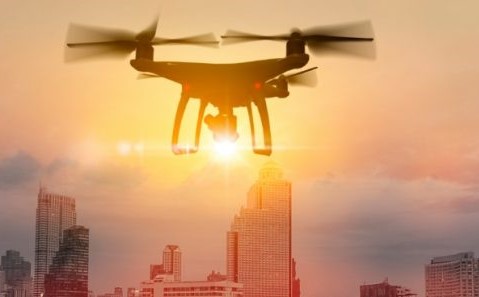 The Institute for Defense and Government Advancement (IDGA), an independent think-tank, and D-Fend Solutions, a counter drone specialist, have released the results of a survey looking at the effectiveness of counter drone technology. The survey found that traditional counter-drone technologies, such as jamming-based and kinetic solutions, are viewed as inadequate.

The counter-small, unmanned aerial systems (C-sUAS) survey collected insights from security personnel worldwide who are involved in their organization’s C-sUAS operations. Participants hailed from special forces and military (40% of respondents), national security and homeland security (23%), law enforcement agencies (19%) and other types of organizations (18%).

Sixty-three percent (63%) of respondents observed an increase in incidents in the past year, with 42% experiencing 6 or more rogue drone incidents or intrusions during that time period, says the IDGA press release.

Despite the rising number of incidents, many security personnel are concerned about the limitations of traditional technology when deployed as the main component of a counter-drone defense. Nearly 6 out of 10 respondents (59%) surveyed said that the potential of collateral damage caused by physical/kinetic C-sUAS solutions – from the projectile used to shoot down or capture the drone, the falling drone itself, or debris – prohibits adoption of such a system. And 53% of respondents said jamming is too problematic to deploy, due to its potential to disrupt nearby communication systems or other drawbacks.

Sixty three percent (63%) of those surveyed said the best possible outcome of a threatening rogue drone incident is takeover of the drone itself, followed by a safe landing in a designated zone. Twelve percent (12%) favor sending the drone back to its takeoff point, making a total of 75% favoring a controlled outcome over traditional methods.

The least desirable outcome among respondents is physically (kinetic) shooting down the drone with a projectile, such as a bullet, laser, net or drone-killing drone – with 7% selecting this as the best outcome. Only 17% favor jamming to disconnect the drone from its controller.

In contrast to their views on traditional technologies, respondents were overwhelmingly positive about the importance of preserving operational and situational continuity. Nearly 9 out of 10 respondents (86%) say that while mitigating a rogue drone incident, it is very important to preserve continuity at the site, including full function of communications, transportation, commerce and everyday life.

Sixty-three percent (63%) of respondents have already experienced operational disruption from drone incidents and 77% expressed concern that a counter-drone system could possibly disable “friendly” drones during an unauthorized sUAS intrusion.

“Significant percentages of C-sUAS decision-makers perceive jammers and kinetic-based solutions as too limited and potentially risky to be the main component of a successful counter-drone strategy,” said Zohar Halachmi, Chairman and CEO, D-Fend Solutions. “This is due to traditional technologies’ inability to cover the entirety of the drone incident lifecycle as standalone solutions, and the potential for communications interference or collateral damage. Control-based technologies, such as RF cyber takeover, can form the foundation of a robust C-sUAS strategy and integrate complementary solutions, offering a multi-layered counter-drone defense when required.”

“The large number of respondents who seek to preserve continuity, along with the desire for a safe outcome, highlights the need for new methods of addressing rogue drones,” continued Halachmi. “With rogue drone incidents on the rise in the past year, it is important for security organizations to conduct risk assessments that consider how counter-drone solutions could disrupt their operations.”

“There have been previous counter-drone surveys, but the Institute for Defense and Government Advancement teamed with D-Fend to focus on an under examined area: the perspectives of C-sUAS decision-makers,” said Jonathan Sanders, Divisional Director, IDGA. “IDGA utilized our extensive database of governmental, military and defense industry contacts to determine the concerns of security personnel involved in the counter-drone space and better understand their opinions of existing technologies. We believe the data from this survey provides rare insights into C-sUAS users’ state of mind.”

Additional results from the survey revealed other important trends:

The IDGA-D-Fend Solutions’ survey covered C-sUAS decision-makers globally who were interviewed in early 2021.