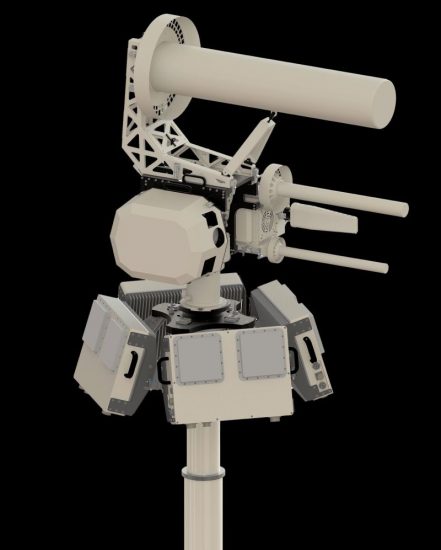 According to a press release, Liteye SHIELD incorporates Artificial Intelligence (AI) and Machine Learning techniques with a newly designed SPYGLASS 3D radar, EO and IR tracking to increase the speed and confidence of the system.   The SHIELD Command and Control further ensures the full Detect, Track, ID Kill Chain is automated and conducted at machine speed.  SHIELD is the next generation, cutting-edge technology required to defend against the rapid technology maturation and proliferation of small UAS threats worldwide.

Manufacturing and integration of SHIELD critical components are based at Liteye and partner locations in the United States.  Success over the last five years with Liteye’s deployed combat proven Anti-UAS Defense System (AUDS), has earned Liteye experience that has led to the development of Liteye SHIELD primarily for the C-UAS mission, but significant for additional surveillance and electronic attack missions.

SHIELD utilizes a Man-ON-the-Loop local C2, and is networked, requiring low manpower to operate any system from any console with a distributed common operation picture.  The local C2 provides multi-sensor resource management & Sensor Fusion to an intuitive operating system with Machine Learning principles and 3D targeting for cueing networked effectors. It is designed to operate across air, ground, surface, and Radio Frequency (RF) spectrum.

“Liteye and our partners are able to present leading edge capability in advanced 3D radars, HD Cameras, and the only US company to provide both narrow band and directional wide band electronic attack for this threat” said Kenneth Allen Geyer, CEO Liteye Systems.  “SHIELD operates as a self-contained system or links multiple SHIELD payloads, but more importantly, it seamlessly integrates into higher-level networks, can cue kinetic and non-kinetic effectors, and can be physically integrated into practically any platform.  I’m proud of what Liteye and our teammates have achieved and confident we can continue to protect US interests around the world.”