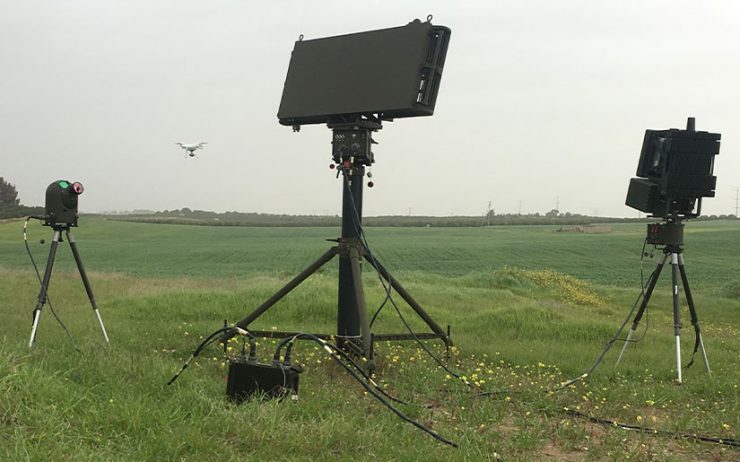 Israeli manufacturer ELTA Systems reports successful testing of its Drone Guard counter UAS system at several large international airports in Europe, Latin America and Southeast Asia. The Israel Aerospace Industries (IAI) subsidiary carried out the tests during airports’ daily routine operating hours to observe how the system would detect the drones and neutralize them without hindering any flights or alarming passengers in the terminal area. The equipment is already in use, providing counter drone capability at events such as the G20 meeting in Argentina in 2019. It was also demonstrated against hostile drones, UASs, USVs and other airborne and surface threats at the REP(MUS) 19 NATO exercise in Portugal.

Drone Guard system is a transportable drone detection, tracking, identification and disruption system centred around an integrated multi-layered sensor system. Equipment includes 3D X-band radar that detects and tracks all types of drones; dedicated COMINT system that classifies the drone by its transmission (using the information to verify the target and reduce false detection rates); an EO/IR camera used to classify the detected object; and a Jammer that neutralizes and intercepts the object.  All the sensors are managed by a unified command and control unit. The solution is designed not to interfere with or interrupt the airport’s normal operation and can operate in tandem with radio transmitting systems such as radars and communication systems.