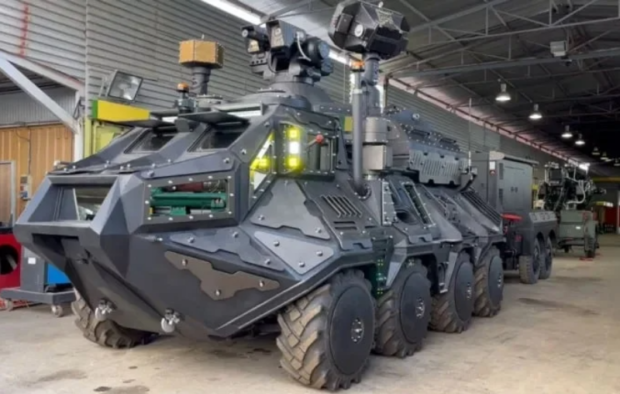 A report on Greek public television ERT describes a mobile counter drone system equipped with a large 300 kWh laser unit. Greek inventor Kostas Soukos has named the development Minotaur after the Greek mythical creature portrayed with the head and tail of a bull and the body of a man, according to a report by the Greek Reporter and reprinted in UAS Vision.

“The anti-drone system is made exclusively by Greek scientists and engineers in Larissa. It has the power to blind and cause drones to ignite, yet is invisible to thermal detectors, according to Kostas Soukas.

“Turkey has increasingly been using UAVs to spy on Greece with illegal overflights. In September, Ankara’s state-run news agency Anadolu published a report accompanied by pictures with the title “Drones capture images of armed vehicles sent by Greece to the Aegean islands with non-military status in violation of international law,” reports Greek Reporter.