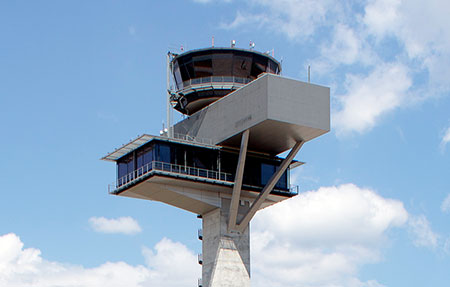 German air navigation service provider DFS Deutsche Flugsicherung (DFS), and the airport operators of Frankfurt and Munich, Fraport and FMG (Flughafen München GmbH), start to test drone detection systems at Frankfurt and Munich airports this month (August 2020). The results of these test operations are important for the systematic detection of drones at and around German airports. Reliable detection of unmanned aircraft systems flying without permission is necessary to ensure targeted drone defence.

According to a DFS press release, the German Federal Ministry of Transport and Digital Infrastructure tasked DFS with the preparation of a concept for drone detection at German airports in mid-2019. As a first step, DFS experts identified the size of the areas to be covered for safety reasons. In the scheduled tests, the current state of technology will be investigated within the framework of a feasibility study on the available systems, focusing on the potential detection range and general performance.

Drone experts of DFS, Fraport and FMG prepared the tests and conducted a comprehensive safety assessment of the planned procedures. The test project has been coordinated with the aeronautical authorities of the relevant Federal German States, the Darmstadt Administrative District Board and the Southern Bavaria Aviation Office. The test runs will be accompanied by the Federal and State police forces.

The insights gained from the test project will form the basis for deciding which technology seems suitable for future drone detection at airports.

There have been repeated drone sightings in airspaces across Germany where drone flights are prohibited. In spring 2019 as well as in February and March 2020, flight operations at Frankfurt Airport had to be discontinued for safety reasons for a while after one or more drones had been sighted. Periods in which it is impossible to take off or land have significant economic consequences for airports and airlines. In addition, drones flying in the vicinity of airports without an air traffic control clearance are a hazard to passengers and crews of manned aviation. Drone flights in these areas may be assessed as dangerous interference in air traffic and can be punished with imprisonment of up to ten years.