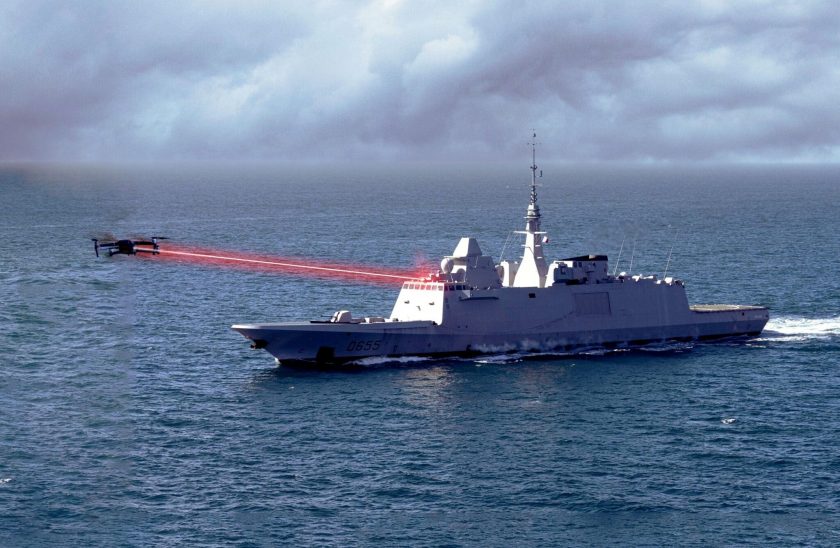 The French Navy plans to plans to procure electromagnetic and directed-energy weapons, according to reports by The Defense Post and Defense News. The weapons would be used for various applications includes tactical and counter drone warfare. Rear Adm. Eric Malbruno, the deputy for planning and programs in the office of the Navy Chief of Staff, briefed press at the biennial Groupement des Industries de Construction et Activités Navales (GIGAN) conference held ahead of the Euronaval trade conference scheduled for 18-22 October in Paris.

“We need to go faster to keep up with the threats and to keep up with our competitors. We cannot wait until 2030 for some capabilities,” Rear Adm. Eric Malbruno is reported to have said. He plans to adopt and deploy disruptive technologies, particularly off-the-shelf capabilities, by the end of this decade. These include commercially-available directed-energy weapons for faster purchase and fielding to support a live-fire test of a laser weapon system from a navy vessel during 2023.