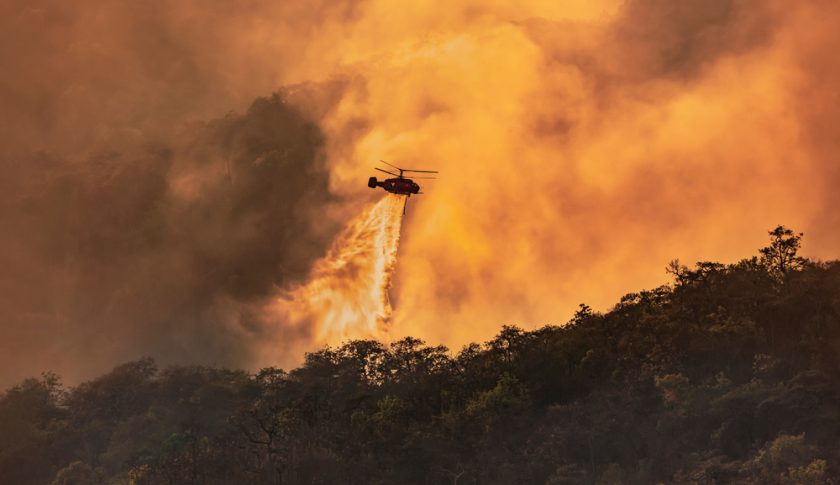 Multiple press reports say the US Federal Bureau of Investigation (FBI) is employing counter-UAS (C-UAS) systems to help wildland firefighters by detecting, identifying, and neutralizing drones that are illegally interfering with firefighting activities.

According to Fire Aviation:

“The FBI is working with the Los Angeles County Fire Department to use a system that can detect a drone flying over a fire within 30 seconds of it being launched.”

The article quoted a CNN report:

“When the detection equipment finds the drone and identifies the operator’s location, we can very rapidly get that information to a ground intercept team who can then go make contact with that drone operator and essentially get them to stop flying that drone,” said James Peaco III, the weapons of mass destruction coordinator for the FBI’s Los Angeles field office.

“With a special sensor, the team can set up a boundary as large or as small as desired and get notified if a drone flies into that area, instantly obtaining precise details such as elevation, direction, speed as well as where the drone took off from and where the controller is currently standing.

“The first thing we do is order them to bring the drone back, explain to him that there’s a wildfire and flying that drone during a wildland fire is actually a federal felony,” Peaco said.

The US Congress has authorized the FAA to impose a civil penalty of up to USD20,000 against any drone pilot who interferes with wildfire suppression, law enforcement, or emergency response operations.

“According to the US Forest Service, in 2019 at least 20 documented instances of unauthorized drone flights over or near wildfires in seven states (Arizona, California, Colorado, Nevada, New Mexico, Utah, Washington and Minnesota) resulted in aerial firefighting operations being temporarily shut down nine times. There is no centralized national mechanism to report unauthorized UAS flights over wildfires, so these are only the incidents that wildfire management agencies have become aware of, there are likely more that are not known about.”