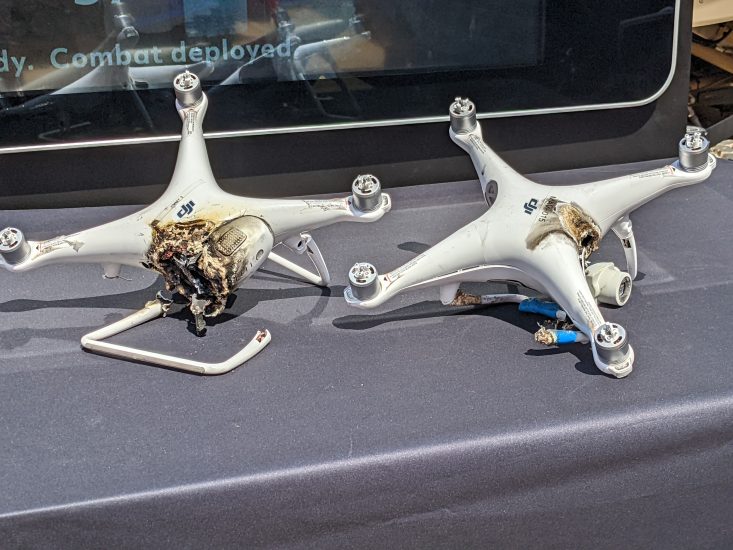 Raytheon UK is to open a laser weapon integration centre at Livingston in Scotland in 2023; supporting not only its existing demonstrator contract with the UK Ministry of Defence, but also a growing European market.

Tom Laliberty, President of Land Warfare & Air Defense, Raytheon Missiles & Defense added: “As the complexity of the unmanned threat increases you have complexity in terms of the [C-UAS] layering and systems of systems architecture, and integration across those layers, to address various threats in the most appropriate manner. You don’t want to be using a multi-million-dollar kinetic effector against a modified USD2000 drone, so we have a number of offerings across the various layers.”

Raytheon Intelligence & Space is already supplying its C-UAS technology to the US Department of Defense (DoD) including static and mobile High Energy Laser System (HELS) technology as part of the Directed Energy Maneuver-Short Range Air Defense, or DE M-SHORAD programme.

“These systems are available now,” said Annabel Flores. “We have a production facility in Texas where factory technicians are building production-ready systems today. We have over 20,000 operational hours on the systems we have available today.” These systems have undergone dozens of tests and demonstrations with the US military. “We are now working towards exporting our first system to the UK.”

Raytheon is also on track to deliver an initial four DE M-SHORAD vehicle systems procured by the US Army later this year. “We are talking about mature technology where we offer a number of solutions depending upon what the customer needs. We are taking the next steps. It’s not just about the technology. Once we deliver to customers, we want to be sure we have locations close by, that are able to do testing and maintenance on-site very quickly, rather than have to come to the US. We are establishing that foundation.”

An important aspect of HELS technology is providing threat protection with low collateral damage at low cost, including non-military scenarios. “It’s about identifying those low-flying, slow-flying small threats. This talks to being able to identify the threat from very far away. Also looking not just at single threats, but potential swarms.” Raytheon’s focus is moving beyond just seeing and tracking the target to where to focus the beam. “It’s about focusing a high energy laser beam on a very precise spot. Drones can be fast-moving and very manoeuvrable. To keep a beam on that target is very critical. This is where the Electric/Optic and Infrared technology is able to continue to track and put that laser energy on that target. It is very similar to a gaming control system.” Tom Laliberty told Unmanned Airspace newsletter the technology is capable of detecting a target at a distance of up to 10 km, and engaging within 5km, with a sufficiently powerful laser beam. 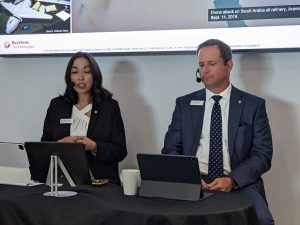