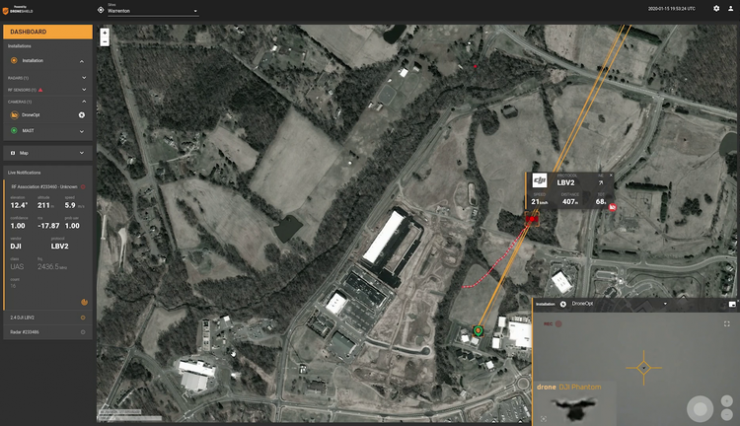 According to a DroneShield press release, the software is camera-agnostic and can work with a wide range of cameras. The initial integration includes Bosch MIC 7000 and 9000 cameras, with all current customers of those cameras globally now able to utilise this software.

In addition to compatibility with DroneShield’s DroneShieldComplete native GUI, DroneOptID can be used in third party Command and Control (C2) systems.

DroneShield’s CEO Oleg Vornik commented, “Multi-layered systems are at the core of DroneShield’s approach to effective detection and mitigation of drones. DroneOptID enables the next step in this equation, with a sophisticated way to obtain visual data on the drone that can be used for a range of purposes, from court evidence to directing a kinetic weapon at the drone, and enables additional information to the system user, such as reviewing payload of the drone, which isn’t available through other sensors”.