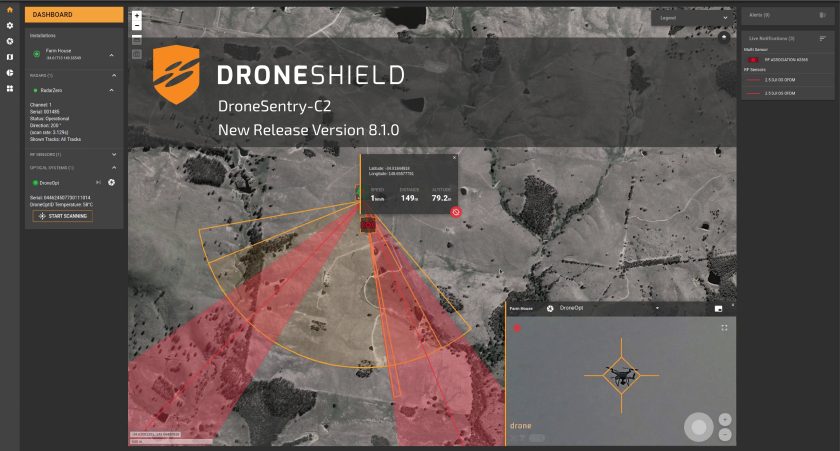 The contract value is approximately AUD800,000. The contract amount has been fully received by DroneShield through milestone progress payments, made up to the end of 2022.

According to the press release, the program has resulted in significant improvements to DroneShield’s optical/thermal AI DroneOptID engine, as well as development of a multi-Sensor Fusion Artificial Intelligence (SFAI) engine that is expected to be a core part of DroneShield’s Command-and-Control system DroneSentry-C2 in 2023.
DroneShield CEO, Oleg Vornik, added “The Australian Government’s Defence Innovation Hub funding and project support has been critical in accelerating this technology and making it a reality.  Development of sovereign industry capability is a key stated priority of the Australian Government. The Defence Innovation Hub is driving this commitment by supporting Australian companies to build real sovereign capability in Australia, by Australians.”