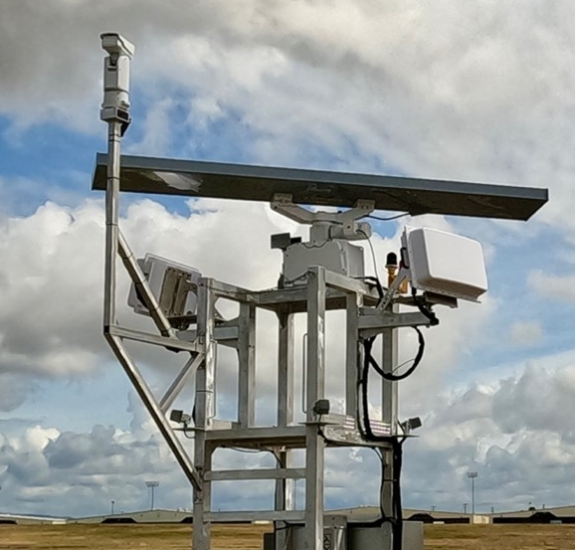 According to the press release, the proven technology can be integrated with radar-directed electro-optic, infrared (EOIR) camera system and DroneWatcher RF-DR radiofrequency drone detection & interdiction. The system comes in a fixed or mobile design, fully self-contained with all system hardware, software and integration included.

Recently returned from installing the system at a US Air Force Base in California, DeTect Project Manager Mike Bierman said “The dual configuration is a game changer for air bases and commercial airports that can now have a two-in-one system for tracking both birds and drones. DeTect’s dynamic multibeam TRUE3D radar scans and updates target data across the entire 3D volume, continually out to 5+ km in all weathers 24/7.”

(Image: In operation since 2003, MERLIN aircraft birdstrike avoidance radar is now available with TRUE3D for simultaneous bird and drone detection at commercial airports and military airfields)