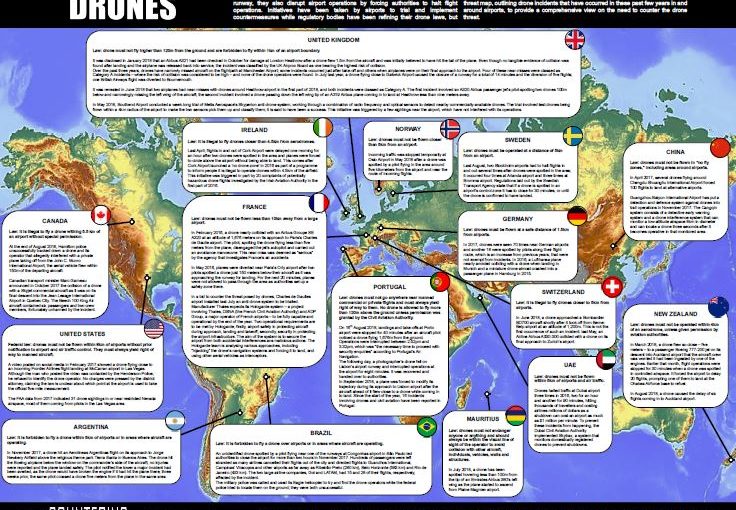 Defence IQ has published its Drone and Airport Global threat map, which highlights some of the most significant near misses between drones and manned aircraft in and around the world’s airports. These include: