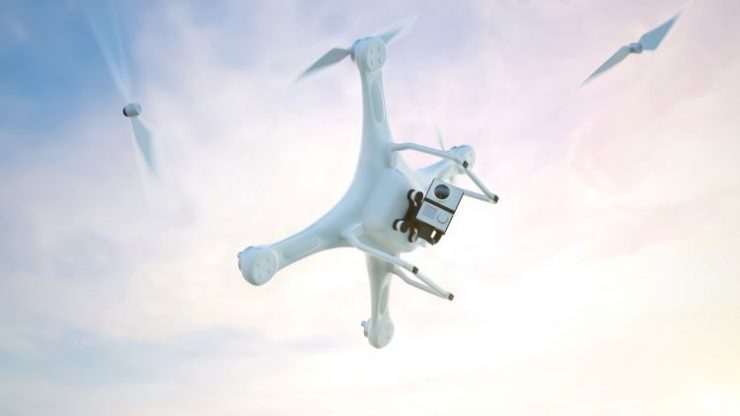 By Tony Reeves of level 7 Expertise

“Taking down a drone – it can’t be that hard, can it?”  There is, in fact, a surprising knowledge gap about the optimum means of defeating a rogue drone once the threat has been identified.

There are three ways to defeat a rogue drone – neutralise it, make it go away or destroy/capture it.  But there are only a few options open to most civilian or commercial entities and even operators of critical infrastructure installations face a large number of constraints that will include legal, technological, operational and physical.

Defeating an unwanted drone is problematic and is subject to legal restrictions in most countries; however, many governments are seeking to tighten regulations and enable more robust defence of key sites.  For example, RF jamming in the UK without a licence is illegal but the use of specific C-UAS jammers can be approved with appropriate controls and authorisations. The UK Civil Aviation Authority has defined Article 240 of the Air Navigation Order (“A person must not recklessly or negligently act in a manner likely to endanger an aircraft, or any person in an aircraft.”) as not applicable  to small UAS below 20kg take-off weight, thereby opening up the potential use of C-UAS devices against these systems.  In some countries – Jordan for example – it is illegal for anyone other than state security forces to operate drones.

Directed Energy Weapons (DEW) have historically been the province of the military but are the most effective tool in the C-UAS arena.

Drone “Hittiles” are becoming more prevalent, in which a drone is used to deliberately ram the target with intent to damage it sufficiently to bring it down.  There are a limited number of solutions ranging from small quad-rotor devices to larger military-use tube-launched systems that carry an explosive warhead (and therefore technically a missile rather than a hittile). This is an area which is showing some promise and a number of academic institutions are carrying out additional research into swarming “drone-on-drone” capabilities.  The most challenging issue is that vectoring a small device to impact a manoeuvring air target is hard; the two main schools of thought rely on a radar-guided engagement in which the hittile is directed by ground-based command systems; or increasingly, the provision of autonomy, AI and machine learning into the hittile. A recent development was published in Unmanned Airspace in May 2019.

Other innovations are constantly being sought and we’ve all seen the amazing pictures of eagles snatching drones from the air mid-flight; these images seem to be the default for every mainstream C-UAS news article and online publication.  The sad thing is that the trials with birds of prey did not work all that well.  The birds were hard to train and could not be relied upon to engage the drone outside of a training environment.  There was also a report from the French trial in which an eagle attacked a small child; the enquiry suggested it was because the child was wearing a top of the same colour the drone was trained to catch.

Back to the drawing board, it seems!