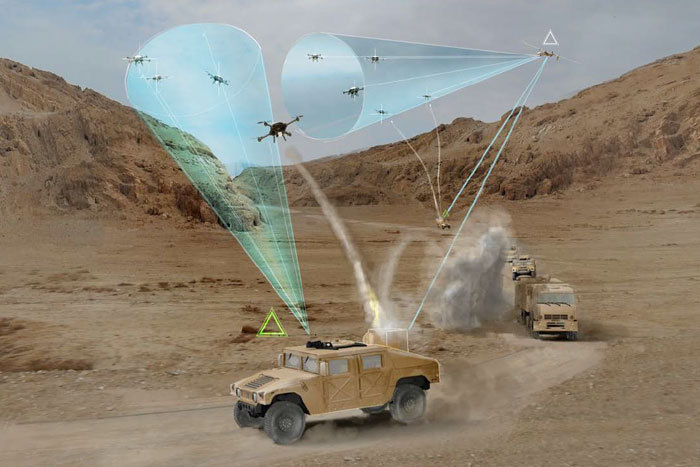 The Defense Advanced Research Projects Agency has awarded contracts to three industry teams to develop methods to counter small unmanned aircraft systems, as part of the agency’s Mobile Force Protection (MFP) programme. Teams led by Dynetics, Saab‘s Defense and Security business unit and SRC are understood to be developing counter-sUAS approaches under the first phase of the three-phase programme. According to the original request for information:

“The MFP program must develop and integrate affordable technologies into a prototype system that has the capability to complete an engagement sequence within a compressed timeline while mitigating collateral damage. DARPA seeks a flexible framework to leverage existing systems and matured technologies as well as integrate new technologies,” DARPA stated. “To remain relevant, an MFP system will need to be able to evolve rapidly and flexibly integrate new approaches and technologies. DARPA’s goal is to transition the prototype system to a broad number of potential Government and civilian users. System affordability and adaptability to host platforms (ground and maritime) will be major system design drivers and allow for the deployment of an effective deterrent and defensive capability….”

DARPA is understood to be working with all four military service branches, the Department of Homeland Security and Coast Guard on the programme.