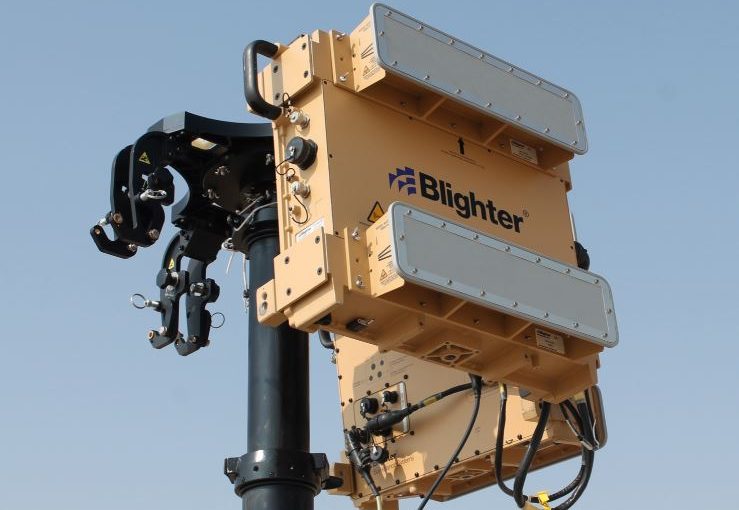 Blighter Surveillance Systems in Great Chesterford, Cambridge, UK, has announced it is supplying its counter-UAV radar technology (Blighter A400 series air security/drone detection radars) to Liteye Systems as part of a multi-million-dollar contract with the United States Department of Defense.

Liteye is contracted to deliver numerous containerised anti-unmanned aircraft systems (known as C-AUDS) to the US Department of Defense by the end of the fourth quarter of 2018.

In September this year Liteye Systems received a USD18 million follow on contract for delivery of numerous containerized anti-unmanned aircraft systems, or C-AUDS for short, from the US Air Force. This is the firth contract for C-UAS systems and services Liteye has received since the fall of 2016.

The US version of the AUDS system first deployed with the US Army in late 2016. Liteye is now deploying and supporting their AUDS, M-AUDS, M-AUDS-KE, and C-AUDS variants of their C-UAS system.