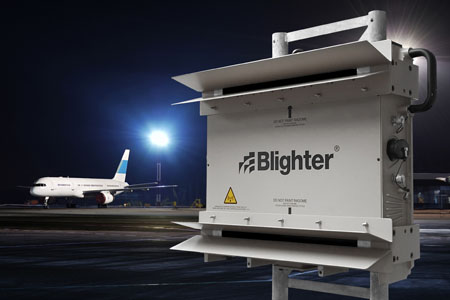 According to Blighter this integration enables airports to ‘fold-in’ the wide area surveillance capability provided by Blighter’s range of radars, providing situational awareness in their existing command and control (C2) systems to deliver round the clock surveillance in all weather and light conditions. The collaboration will also enable the Blighter radar and target tracking data to be shared across Genetec’s other decision management and support systems as well as with its collaborative digital management solution, Genetec Clearance™.

David Lenot, Director Transportation – EMEA, Genetec, said: “We are seeing a growing number of airports that want to add primary radar capability to their existing security and CCTV systems, so we are pleased to be partnering with Blighter Surveillance Systems to integrate their radars and tracker within Security Center. This integration will make it easier for our customers to introduce Blighter’s maintenance free solid-state micro Doppler radars and tracker into airports providing improved situational awareness but without adding to the complexity of installed systems.”

According to Blighter: “Another benefit of the Blighter/Security Center integration is the ability to create Dynamic Virtual (non-physical) Perimeters across an airport site. This is helpful for providing CZ/RZ (controlled zone/restricted zone) separation monitoring but it is particularly useful for the many airports undergoing expansion or enhancement projects. The ability to build Dynamic Virtual Perimeters around work areas is hugely attractive both as a cost saving measure and as a means of reducing disruption inside an operating area that is already very crowded and busy.”

Geoff Moore, business development manager, Blighter Surveillance Systems, said: “The ability to create Dynamic Virtual Perimeters as opposed to putting up fences or turnstiles is extremely attractive for airports. It has the potential to save considerable time, money and minimise disruption during construction projects. Working with our radars, the sophisticated Security Center platform can quickly and easily set up zones on a map that trigger different types of action depending on complex configurable rule sets.”