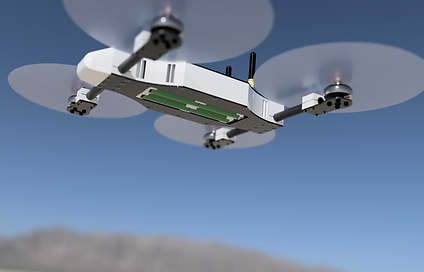 According to Autonomous Flight Technologies, THREAT is not reliant upon being connected to the internet or a cloud-based service.  It is point to point between the aircraft and ground station.  The data stream is also encrypted for complete security. All materials are sourced based on keeping costs low, as well as utilizing recycled plastics.  By reducing cost, budgets for expendable targets can be stretched to allow for more testing within a static budget, reports Autonomous Flight Technologies.

The airframe consists of carbon fibre plate and tube, as well as printed 3d components. It can be flown via hands on radio control, ground station with telemetry data link, or a hybrid of both. The base model of THREAT is simply a flight capable airframe with localization and telemetry capability.