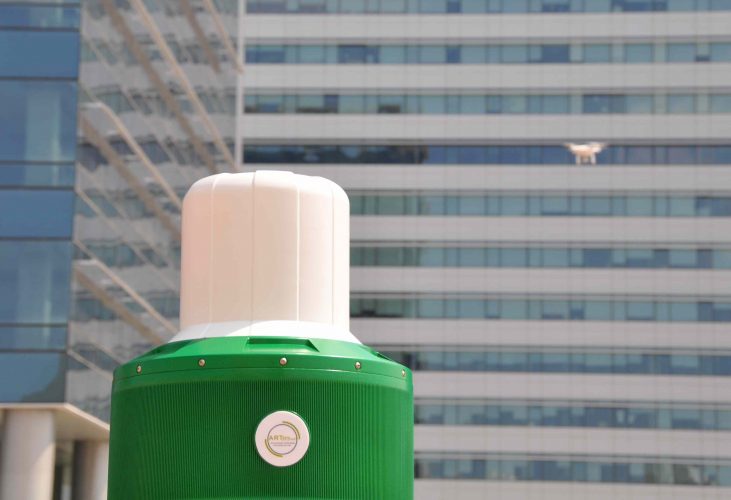 Israeli company ARTsys360, manufacturer of a hemispheric low-price, low-weight drone detection radar, reports it has sold its systems as part of wider counter-UAS purchases to clients in the USA, Mexico and Israel and is negotiating with several other customers. The size and coverage of the radar means it can also be used for the coordination of drone traffic over urban areas, according to Meir Zorea, chairman of ArtSys 360. “In such a situation you need a great number of radars to overcome ‘dead sections’ created by high buildings, “ he said. “Because of the low price of our radar, this is starting to become more reasonable price wise.”

The company says that its innovative radar technology provides coverage of 360° in azimuth and up to 45° above and below the horizon with no mechanical moving parts. The RS-400 radar is a light, low-cost, compact, and reliable micro-radar system with low energy consumption, says the company. The system detects human targets, flying drones, and vehicles within a 360º radius and up to 700-800m away.

Meir Zorea said that the system costs less than USD50,000 – which compares to USD150,000 to USD300,000 for phased array radars. The company can also install a special camera for positive threat identification and the 100 milliwatt output means it is safe for human exposure and FCC compliance.

The company’s chairman told Unmanned Airspace that the radar is based on three registered patents “Phased array radars used in other anti drone systems normally have a maximum 100 degrees coverage when using one antenna and require four antennas for full coverage, which is translated to the systems’ price”.

The company is developing a new version of the radar that weighs only 1kg and can serve as a drone based sense-and-avoid sensor.