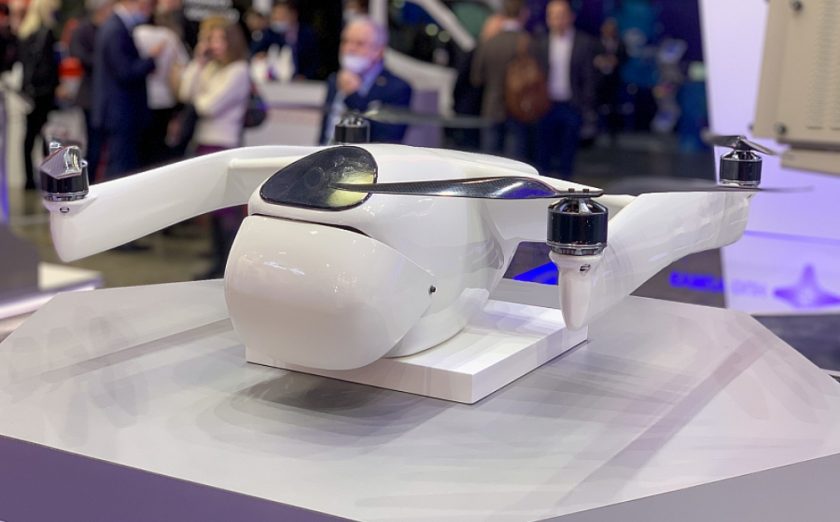 The Volk-18 (Wolf-18) interceptor drone developed by Almaz-Almaty will be used to protect civilian airports from intruder drones, Deputy CEO Dmitry Savitsky told TASS, according to a report by UAS Vision.

“The Volk-18 is an interceptor drone,” the company executive noted in the run-up to the MAKS air show opening in the suburban town of Zhukovsky outside Moscow on July 20. “It can use special nets that are thrown over other drones. We are planning to use this system for civilian airports. The Volk-18 will soon be tested in Samara,” Savitsky said.

This innovative drone is designed to eliminate other unmanned aerial vehicles using less lethal and less dangerous means, he stressed.

Elaborating on the Volk-18’s capabilities for autonomous operation, an Almaz-Antey official explained that“now, the operator only confirms the decision to attack the enemy drone. Search, identification, target selection, manoeuvres and the actual destruction of UAVs are carried out independently. Among Russian drones this is the first system of its kind.”

The drone measures 60×60 cm, has a takeoff weight of up to 6 kg, and a flight time of about 30 minutes. Its armament includes three small rocket launchers that shoot nets at enemy drones, entangling them and bringing them down. If that fails, the drone rams the enemy UAV, breaking it up in mid-air.

The use of the Volk UAVs for the protection of airports from intruder drones is particularly relevant now that this protection is limited to merely legal methods, he explained.