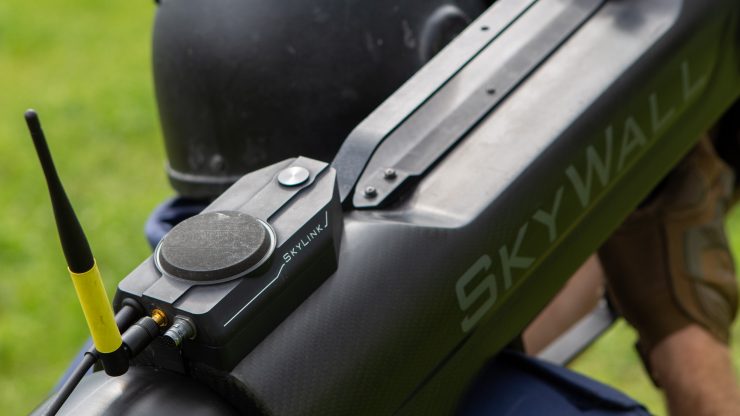 OpenWorks Engineering is integrating its SkyWall Patrol drone capture solution to provide neutralisation capability for the ALADDIN project at a demonstration in Greece later in 2020 in the final phase of the programme. ALADDIN received co-funding in 2017 under Europe’s Horizon 2020 research and innovation programme, and first demonstrated a beta version in Spain in early 2019. The ALADDIN consortium consists of 18 partners comprising both technical partners, end-user representatives and critical infrastructure operators.

The ALADDIN platform will be made up of three core systems: detection, classification & localisation, neutralisation and Command & Control (C2). SkyWall Patrol will provide long-range net capture and will connect to the Aladdin system using SkyLink module. The project aims to develop a seamless, tightly integrated system for countering malicious drones.

SkyLink wirelessly joins the mobile SkyWall Patrol launcher with the rest of the technology in the system. Detection data can be sent directly to the launcher and the operator can then be directed to find the threat in the sky. SkyLink returns information to the C2, such as the location of the SkyWall launcher and its status.

SkyWall Patrol gives a mobile operator the ability to physically capture a drone in a net, used in conjunction with electronic countermeasures for a layered defence, or in environments where electronic attack cannot be deployed. The system can be networked through command and control systems to enhanced situational awareness and gives a tactical advantage to mission commanders.