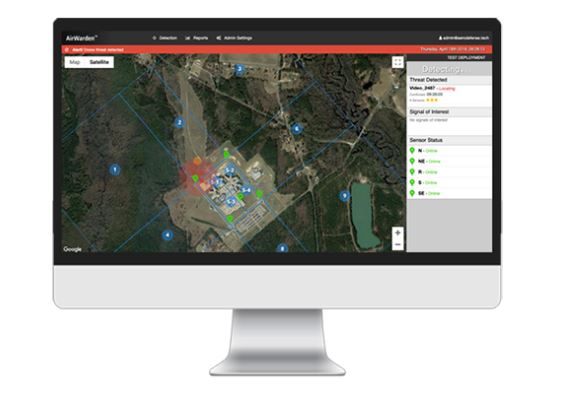 AeroDefense has announced that MetLife Stadium has selected the AeroDefense Drone Detection System, AirWarden™, to provide an early warning system for drones. MetLife Stadium is home to the New York Jets and New York Football Giants and hosts many large-scale events including concerts, international soccer, and college football games.

MetLife Stadium is in close proximity to Teterboro Airport where there are significant FAA regulations that govern flying a drone.

According to an AerDefense press release: “MetLife Stadium in 2017 began to evaluate many different types of drone detection systems, including radar, radio frequency (RF), acoustic, and camera systems.

“Once a controller or drone is detected, AirWarden notifies MetLife Stadium security staff so they can respond immediately. The system has been extensively tested in a stadium environment to ensure reliable detection and a low false-positive rate,” says the company.