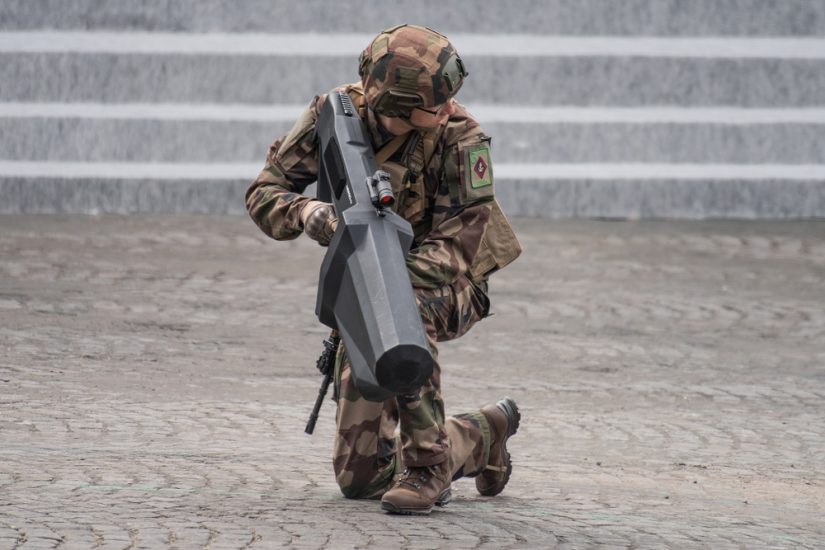 The failure of Russia’s advanced, layered and previously effective counter-UAS systems to deal with the relatively modest capabilities posed by Ukraine’s drone forces shows there are still wide gaps [1] in the technical and organisational capabilities of military and civil security forces to detect, classify and deal with emerging drone threats.  “The preferred solution is to deploy a network of meshed low-cost sensors of different types to provide early identification of targets and this has proved to work well in defence of static targets (and worked well for Russian forces in Syria),” according to the Guide’s author Philip Butterworth-Hayes. “But in more mobile C-UAS units the ability for early detection can be greatly reduced.“

This is one of the reasons why industry has focused so heavily on mitigation measures over the last 12 months. For many years, directed energy weapons have been identified as the key game-changer in air defence against drones and there are now 26 C-UAS directed energy programmes under way around the world – including laser-based systems. Outside the USA, France and Germany, the Middle East has recently become a global centre for development and deployment of directed-energy C-UAS systems, with research and deployment taking place in Israel, Saudi Arabia, Turkey and the United Arab Emirates.

Israel is developing a “laser-wall” air defence system to protect itself from drone and missile attacks. On the ground, recent technical advances in energy storage and miniaturisation suggest that lasers will soon be ubiquitous on the battlefield to support more mobile units. In February 2022 Rheinmetall announced details of its Skyranger 30 high energy laser (HEL) programme, capable of laser outputs of 20kW now, 100kW later.

There are also 12 net capture drone systems on the market and 23 types of intercept drones under development or deployed, according to the Unmanned Airspace directory. One of the most remarkable of these is the Lockheed Martin MORFIUS armed drone equipped with a High-Powered Microwave (HPM) weapon – MORFIUS units are launched at hostile drones, or drone swarms, and then disable them in close proximity with potentially a gigawatt of microwave power.

In the civil domain and in protection of fixed assets progress is being made by the Joint Research Centre (JRC) to develop common criteria for aligning C-UAS solutions based on an analysis of risk, according to Paul Hansen, Project Manager, EC JRC Transport and Border Security, speaking at the March 2022 Amsterdam Drone Week event. The risk will vary between a nuclear plant, a water purification centre and a Christmas market, “so we advise that infrastructure managers make their risk analysis depending on their needs, and not simply via an excel spreadsheet.” The JRC will produce a handbook for C-UAS protection of critical infrastructure later this year. Every geo-zone around a critical infrastructure (the wide “early warning” zone, the “action” zone where the risk is mitigated and the “protected” zone, the critical infrastructure itself) needs a counter UAS system, he said, and they will all need to be integrated.

Another major disconnect in the civil world is the separation of responsibilities between drone detection agencies (air navigation service providers, for example) and security agencies responsible for mitigating the threat. In the USA, for example, there are only four federal agencies legally licensed to neutralise drone threats, according to a recent Government Accountability Office (GA) report [2].