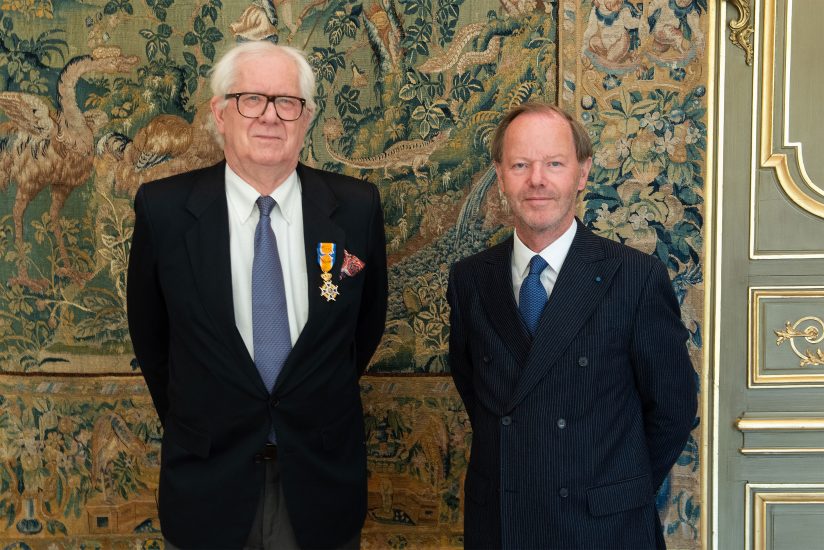 On 27 April 2021, in recognition of his relentless efforts over the last 25 years on behalf of the European and international unmanned aircraft systems communities to further the creation of rules, regulations and standards for these systems, highlight their societal & economic benefits, and promote their use, Peter Hubert van Blijenburgh, a Dutch national residing in Paris, France, was appointed to Officer in the Order of Oranje-Nassau, one of two chivalric orders that exist in the Netherlands.

“Now that the European UAS regulation has entered into force (1 Jan. 2021), the next challenge is access to airspace, and the implementation of U-space/UTM in order to make safe UAS flight operations below 400 ft AGL and beyond visual line-of-sight (BVLOS) in the “specific” operational category possible throughout the EU for all qualifying UAS operators on a harmonized basis,” said Peter van Blijenburgh, describing the significance of the award to the European drone sector. “This will require a coordinated pan-European approach, involving all manned and unmanned aviation stakeholders, as well as the rapid creation of a substantial amount of technical and operational standards, which can only be achieved if a sufficient number of subject matter experts (including UAS operators) are involved. In this process, timely information, coordinated awareness creation, comprehension, and education are going to be key. I hope to be able to continue contributing to this process.”

During a ceremony on 26 April 2021, Pieter de Gooijer, the ambassador of the Netherlands in Paris, France, remitted the decoration, on behalf of H.M. Willem-Alexander, king of the Netherlands, to Mr Hubert van Blijenburgh.