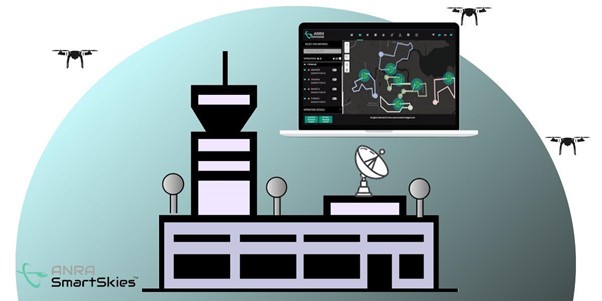 By Amit Ganjoo, Founder and CEO of ANRA Technologies

This industry faces a situation similar to that faced by manned aviation faced about 80 years ago –  as the density of air traffic increased, it became impossible for pilots to operate aircraft by themselves, and air traffic services became necessary for the sector’s safe growth. Traffic management was able to grow air traffic by creating a well-defined and known airspace environment in which aircraft could be safely operated. The lack of traffic management, and critically, the ability to create this ‘well-defined and known’ airspace represents a barrier to the UAS industry’s growth.

I’m not suggesting we go back to traditional traffic management solutions; today, ANRA is taking advantage of modern technologies in computing, automation, and connectivity to ready a traffic management ecosystem which can respond to the predictions of the market – a market that, according to one assessment, is predicted to have 76,000 drones providing commercial services by 2030 (PwC – Skies without limit, 2018).

As drones are likely to operate closer to people and ground infrastructure, we will need to develop more accurate situational awareness, well-defined and known airspace, to help with risk reduction and safety decision making. There are numerous news stories of small drones being used near critical infrastructure such as ports, power plants, and causing disruptions to aircraft operations, including shutting down airports.

Given these documented issues, the safety basics remain the same for drones. Aircraft must maintain separation, conform to airspace rules, and take precautionary steps to avoid collisions. A critical element is using a range of data feeds to create a well-defined airspace picture for use by the end-user.

Drones pose a different risk to aircraft than small birds, which are also known to disrupt operations and cause accidents. Aircraft are designed for small bird strikes but not drones. Therefore, any intentional or accidental excursions into prohibited airspaces can lead to significant disruption or collisions leading to injury or property damage. The solution is to introduce effective surveillance to detect and track cooperative and non-cooperative aircraft, obtain reliable positions, and clear identification.

Effective surveillance of drone operations presents several technical challenges; however, this has not slowed the growth in the emerging market in C-UAS solutions to mitigate concerns and potential threats posed by drones. These systems are marketed as a one-stop solution to protect civilian and military environments, such as airports, stadiums, prisons, ports, power-plants, and other infrastructure.

By taking a modular and layered approach, we can combine surveillance techniques, digital technologies, and operating rules to create a reliable, robust, and resilient C-UAS solution.  We can use various data feeds from independent surveillance such as radar, electro-optic, and radio-frequency to create a well-defined and known airspace environment in which we can detect and track vehicles and provide coverage around the infrastructure of interest.

An example of this application is ANRA’s UTM platform that integrates the FAA’s Low Altitude Authorization and Notification Capability (LAANC), which provides airports with improved situational awareness of authorized drones operations in their control zones.  This is further enhanced when C-UAS technology providers augment surveillance with technologies such as acoustics and RF detection.  We can ingest these additional surveillance technologies for a more complete airspace picture. Drones spotted in the airport control zone and not within the UTM system, or LAANC, are one step closer to being mitigated.  A whole pizza pie instead of a single slice, with extra toppings.

A call to action for the industry is to think about developing and validating C-UAS technologies and collaborating with airspace services providers developing effective solutions such that drone operations can be conducted safely.