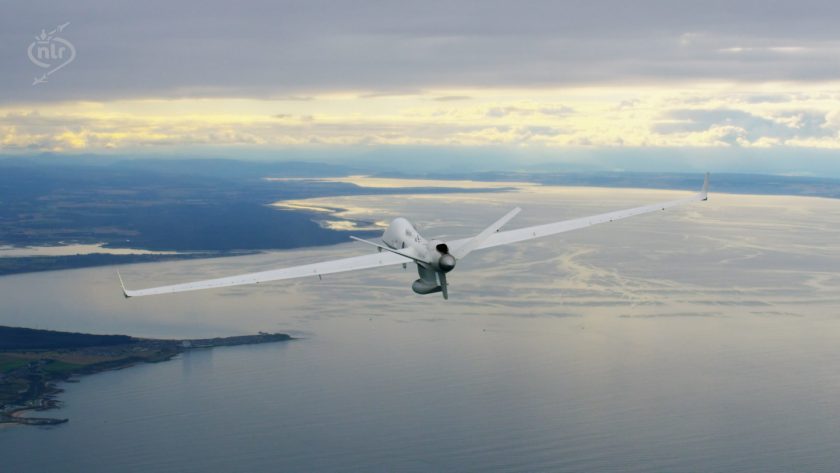 Royal NLR – Netherlands Aerospace Centre, in partnership with General Atomics Aeronautical Systems (GA-ASI) and Information Systems Delft (ISD), has completed a series of advanced human-in-the-loop simulation experiments to test and develop detect-and-avoid (DAA) technologies and procedures for safely operating Remotely Piloted Aircraft Systems (RPAS) in European airspace. Medium Altitude Long Endurance (MALE) RPAS are large drones that have traditionally been used for military operations, but they are versatile and can also be used for a wide variety of civilian applications, ranging from land surveying and infrastructure inspection to search and rescue. However, before these civilian applications can be implemented, there needs to be proof that this new category of aircraft can be integrated safely and efficiently into civilian airspace.

The experiments were performed using two NLR simulators, namely the NLR ATM Research Simulator (NARSIM) which simulates aircraft, provides radar displays and other tools for air traffic controllers to manage air traffic, and makes it possible for pilots to control their aircraft and communicate with controllers, plus the NLR Multi Unmanned aerial system Supervision Testbed (MUST), which functions as the RPAS simulator and ground control station. These two simulators were connected together to ensure that the RPAS simulated on MUST and the remaining air traffic simulated in NARSIM fly in the same virtual airspace at the same time, making it possible to test RPAS integration procedures using simulation experiments. For this study, the MQ-9B SkyGuardian MALE RPAS, designed and manufactured by GA-ASI, was used as a case study.

Detect and Avoid in the air
The experiment considered air traffic operations in the airspace around Rotterdam The Hague Airport, a commercial airport in the Netherlands. The focus of the experiment was on using an airborne DAA system, which is deemed by most researchers as critical for realising MALE RPAS integration. This is because DAA technology makes it possible for the RPAS pilot on the ground to ‘electronically see’ the traffic situation around the RPAS in the air – something that pilots of manned aircraft achieve by simply looking outside the flight deck. This ensures that the RPAS pilot can steer away from other traffic just as pilots of manned aircraft would do when they see another aircraft approaching dangerously close. To this end, DAA provides the RPAS pilot with a display of the traffic situation around the RPAS, as well as alerts and guidance to make sure that the RPAS remains at a safe distance from surrounding aircraft and avoids collisions in critical situations. These approaches let DAA make it possible for RPAS to fly alongside manned aircraft without affecting the safety of the air traffic system. In this study, DAA alerts were provided to the pilot using GA-ASI’s Conflict Prediction and Display System, CPDS.

“Over the past year, we have made various improvements to our simulators that give more realistic simulations than our previous experiments,” said Dr Emmanuel Sunil, an R&D engineer and project manager NLR. “This included wind simulation, which can affect the direction used to resolve conflicts for some geometries. We also developed an implementation of the well-known TCAS or Traffic Alerting and Collision Avoidance System for both the NARSIM and MUST simulators. As a result, we simulated both the ‘remain well clear’ and ‘collision avoidance’ components of detect-and-avoid systems. This improved capability will function as a baseline for our future research in this domain.”

Scenarios of interest
The experiment tested carefully-selected conflict scenarios with other air traffic that would force the RPAS to change course to maintain safety, including conflicts that occurred when the link between the remote pilot ground station and the RPA had failed. In such situations, TCAS guidance was automatically implemented by the RPAS to perform evasive manoeuvres, even if the link with the pilot is lost. The scenarios also included operations that have never been tested before with human-in-the-loop simulations, including conflicts while the RPAS is flying area surveying patterns, and during airport approaches with the RPAS pilot instructed by ATC to follow another aircraft at a safe distance.

The results of the simulations and feedback from participants showed that DAA improves the safety of the airspace and that both pilots and air traffic controllers can quickly be accustomed to RPAS operations with DAA. The results from the recent series of simulations will be fed back to regulators and standardisation bodies on both sides of the Atlantic to accelerate the integration of MALE RPAS into civilian airspace.

This series of projects is performed by a consortium consisting of NLR, GA-ASI and ISD. The projects started in 2018, and aim to understand and develop the procedures needed to integrate large RPAS into civilian European Airspace. Future experiments are being planned to study the effect of communication latencies on DAA performance.

A high-level overview of the research, including the facilities and scenarios considered, is available here