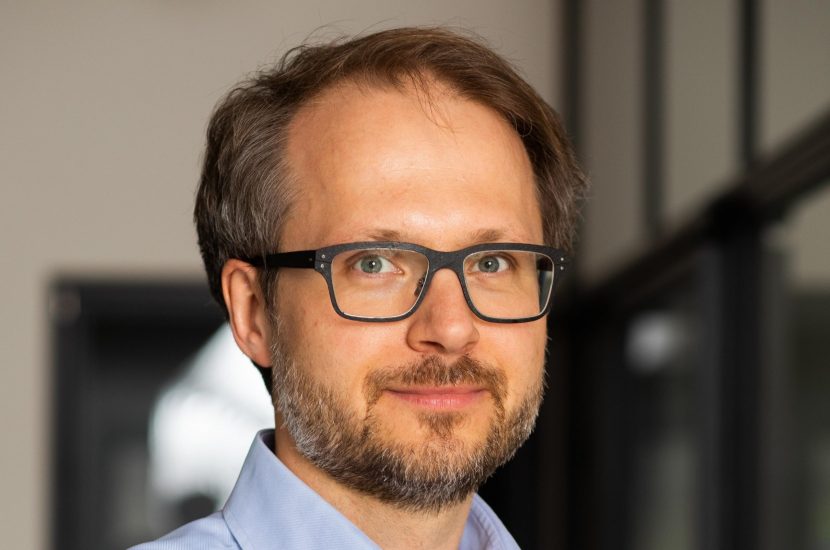 Sebastian Babiarz is Vice-President of Business Development at Dronehub

Where are you on your journey through the drone industry?

I started in 2015 with Nokia and was interested in how drones can help in mobile tower inspections, to automate the process and make it simpler.  The problem was you needed permission, there was a lot of bureaucracy and it was complicated. So we shifted the focus at Nokia to UAS traffic management (UTM) because we understood that UTM was the solution for embracing regulation and informing pilots that something was happening. It was a way to automatically start drone services.

I then spent four years at AirMap as the company focused purely on UTM. But UTM is just a platform – it will not make a country more open to drone services; for that you have to think what they can do for society, how they will be utilised by people and industry.

In the US and European markets we now have UTM/U-space regulations on paper. In Europe, member states have accepted the rules and are in the process of implementing them. Now is the time to enable scalable drone services which will be accepted by people while bringing value to stakeholders. We need to find a way to automate them because all the projections for drone services only make sense with stable UTM and automated services.

Once you have placed it somewhere it can be deployed on demand – a highly automated platform where the drone can fly and add value services.  Drones are limited by their battery and power supply.  We have batteries that allow flights of 30-40 minutes depending on the conditions and the capabilities of the drone – but you still have to land and replace the battery or charge it. A Drone-in-a-Box operation has all these capabilities. At Dronehub we have developed a mechanical functionality so when the drone lands an robotic arm takes out the battery and replaces it with one already charged.  That takes about two minutes, instead of the one to two hours that is needed to charge the battery in competitive systems. It’s opening a service where you can have almost continuous flights, with just very short breaks and without human involvement.

If you look at oil and gas security inspections at industrial plants we can use our drones, triggered by ground sensors, to investigate security breaches without having CCTV cameras around every corner. The drone can be deployed whenever it is needed.  The dronehub can be set up anywhere on a large area, so the time a drone needs to reach the desired location is minimal. The same with monitoring linear infrastructure.

You don’t need someone at the landing site when the drone comes down to recharge?

No, it’s fully automated and to comply with the regulations we have developed a remote piloting centre where the pilot can be in charge of several drones at the same time. The idea is to entirely automate the service and we are moving closer to that point.

Can you have one pilot monitoring multiple flights under current regulations?

Yes. We have trialled this in Poland, where the environment is already advanced because of the Polish Air Navigation Services Agency (PANSA) UTM system and associated infrastructure. We requested beyond visual line of sight (BVLOS) approvals and we were able to fly these for the proof-of-concept operations.  When you fly over an industrial area the limits are fewer because you have a single landowner and you are the manager of the airspace. You are still required to have the approvals – apply for the SORA and be in contact with civil aviation authorities – but you can start to create a business.

What I think is also important for the broader picture of the drone industry and economy is that we have to show that this automation makes sense and find ways to make it possible. So the mission of the company is to expand the business and show what is possible with the current and the future UTM systems in place.

We have several eVTOL and multicopter companies on the market, undertaking drone deliveries and even more advanced drones for very sophisticated inspections, where the drone can fly very close to the inspection area with detect and avoid systems on board.  The technology’s maturing and with the new regulations I expect to see an acceleration of the service.

Detect and avoid technology – this is one of the keys. How far are we off from having a detect and avoid system which the regulators will approve for BVLOS?

We’re not really looking at detect and avoid (DAA) at a high level right now because that’s not a challenge for us. We will fly in an industrial environment where obstacles are known, there is no unexpected situations in the sky, so we can plan the mission relatively simply. We can add some sensors, mostly cameras up front, so the front of the drone will be protected.

In the future it will not be the drone itself but the technology behind it which will be the real value of the company.  Industries involved with long-distance drone deliveries and urban air mobility, must have drones equipped with detect and avoid systems. These current systems rely on cameras and super AI on top, analyses everything and controls the drone. But air taxis will not be able to rely on cameras, they will need radars.

Many of the larger players are focusing on using radars in DAA. Industry must develop miniaturised radars which are cheap, sensitive, with appropriate vertical and horizontal scanning ranges to allow drones to fly at scale with autonomous capabilities.

What’s next for Dronehub?

Poland is a great environment for drones.  The regulations are pretty advanced, the UTM technology has been certified by the Civil Aviation Authority and implemented by the Polish Air Navigation Services Agency (PANSA) and is available in all airports across the country.

Dronehub has so far developed several proof-of-concepts and business cases, including using drones-as-a-service for oil and gas security inspections. We used drone as a service for insurance inspections. We put our dronehub on a lorry and drove it to the inspection site, so we did not need to have a pilot present, just a driver. The results are not just images but pictures to which we have applied analytics via IBM Watson; since May we have been the only official partner of IBM in Europe in the drone industry.

Cooperation with IBM and the use of its systems opens up completely new opportunities for us in terms of software that hardly any company has. We want to further develop the Dronehub Unmanned Analytics (DUA) platform which will be drone-agnostic so any drone manufacturer can plug and play and send their data to us. With IBM Watson we can teach the algorithms in a quick and programmable way. 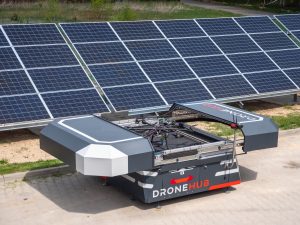 What communications links do you use for command and control and downloading the images?

To be agnostic we use our proprietary long-range wifi connection between the drone and the control centre, a technology which can really support big data transfers over several kilometres. And from Drone-in-a-box as a hub to the remote control station we use LTE. Once you’re on the ground, the mobile network works fine. The payload data communications feed goes into the box and is then distributed.

From the Drone-in-a-box, command and control is linked directly to the control centre, which can be even 100 km away, through internet and mobile network communications. And so that has no limits. In future, the drone will be connected directly to the mobile network. Once 5G is deployed at scale, once the communication in the sky is solidly done, then we won’t need to have this connection to the ground control station because we’ll use the drone and the drone has no range limits.  This is the next milestone to move towards automation and scalability.

When will that happen?

It depends on the pace of technological progress in a given region of the world.  Some countries are very advanced with LTE and 5G but some are still with 2G/3G because the people there don’t need it. The mobile network will deploy technology once there is a clear business case – once there are enough drones flying in the sky and the technology is mature enough for the drones to fly automatically, mobile communication will come along.

The chicken – the drones – are developing. We can use long-range wifi at the moment but once the trigger point is reached when there are enough drones for the mobile network to realise this is a real business for them. These services will be introduced. But we’re not there yet.

For reference, recently, there was enabled the European Aviation Network (EAN) to connect manned aircrafts via dedicated Air2Ground Mobile Network. This new Mobile Network, powered by SkyFive, connects manned aircrafts with the speed of 75Mbps delivering new internet experience for the passengers and opening better maintenance capabilities for airliners. It is an alternative to the commonly used satellite links that are expensive and not really high speed..

Once we have the mobile network deployed for drones in place, the cost of utilization of the data  comes down, and it will enable the scale of autonomous drone services that all are looking for.

The drone industry will utilize the mobile network service as today it is deployed for the IoT environment. Drones will play a role of flying sensors that must be always connected.

What are your company’s next steps?

Poland is a great place for drones but not the biggest market so we cannot really build the scalability here. We have created several proof-of-concepts, including sophisticated industrial grade inspection in industrial facilities and drone deliveries, so now we want to scale our operations. That is why we are expanding abroad.  As a Vice-President of Business Development at Dronehub I’m tasked to build up the network of distributors who will resell our product. We don’t want to look for customers in each country separately, we want to find country distributors and let them build their own solution on top of our technology. This sales model is the most effective for us and brings the best results. We have a standard product, which is the drone-in-a-box solution: the drone itself, the hub and the AI-powered software, and we want to create integration with the IBM to make machine learning and AI as easy to adapt to different cases as possible.