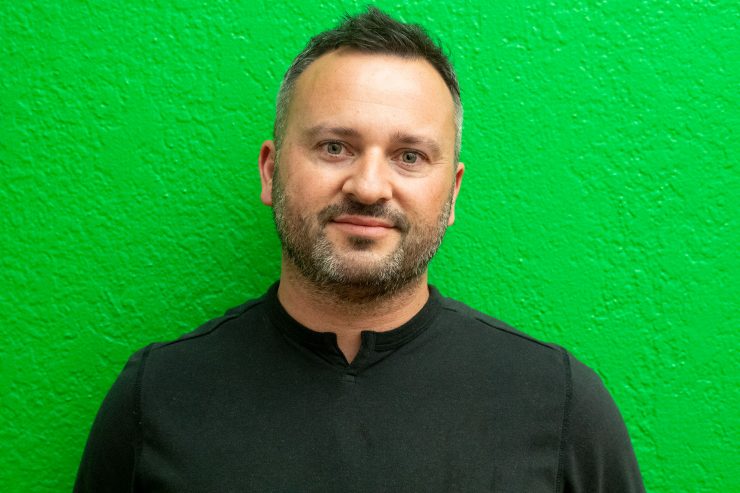 Jon Hegranes is the CEO & Founder of Kittyhawk

What has been your experience of the Low Altitude Authorization and Notification Capability (LAANC) programme?

I think LAANC has been a huge success. From the user side of it in terms of the commercial and now recreational pilots who can use it. I think it shows that operators want to share where they want to fly – they want to do everything they can to comply if you give them really clear methods to do that.

Every time the Federal Aviation Administration (FAA) rolls out some new airports everyone in the area cannot wait; from the user’s perspective it’s a question of going operational as soon as possible. I think the next step – remote ID and UTM –  will be to make better use of this process.

I have been talking with some of the largest airports in the United States and they tell me they can get a printout of that day’s LAANC authorisations they put it on the wall – but there’s not a lot of utility there. One of the first things we pitched to the FAA before LAANC became available was a service which showed when someone was flying in the area. Right now LAANC is a kind of reservation system which provides a ton of utility and shows where flights might take place but I think the next phase is to actually connect that data, make it more visual, make it more interoperable with other systems. We also need to start to share that information across UTM service suppliers.

How and where do you draw the dividing line between commercially useful enterprise data and regulated safety data?

This is something that the FAA is thinking a lot about in terms of data protection and data privacy. We’re starting to get into some of these interesting worlds of high sensitivity and awareness of user privacy – where does your data go, who’s using that data? On the flipside we can use serial numbers of civil aircraft which tell us who the owner is. Now we have to balance what data is private, what data should be shared and what data should only be visible to the regulator.

We try to give people the option to share that information if they want to and we see people doing that every day. The next thing we’re looking at is do you want to share that data with UTM service providers to build situational awareness and allow other operators to see who is going to be flying where, at what altitude and at what time.

I think if we can make it really easy to give situational awareness without sacrificing privacy we are demonstrating a product that people will want.

There’s a great deal of focus, and national security focus, on these other actors.  But that’s really the job of enforcement and not for regular civil aviation organizations to solve. Their job is to make rules that people can comply with – but we can’t do pre-emptive enforcement – that’s unprecedented, it doesn’t work and you need to create ways to give people a chance to fly where they want.

If you see a car without a licence plate, that tells you something.

We have customers today who deal with really sensitive national security infrastructure, facilities and assets. They may have not publish their flight details publicly but they can see that information internally on their dashboards and if they see a drone flying over one of their properties they can pull up their app/map and see who the operator is but if they don’t see a recognisable icon that information is passed to security personnel.

The FAA has, it seems to be, the task of implementing regulations which are in opposition to each other. On the one hand they have to provide UTM system which is safe and secure and on the other one which will provide a catalyst of growth for the industry.

There are competing forces here, without a doubt. I think it’s really this national security issue which has become the new sensitive paradigm. We’ve been doing aviation for a long time; we don’t need to recreate the wheel, we know how to treat aircraft and treat operations in a way that works.  We have a good framework but the question is: how do we iterate this to scale in a way we have never thought about and then develop it for the 99.9% of airspace that is uncontrolled. Most of today’s regulatory aviation mindset is all about airports and controlled airspace and what happens in the middle of nowhere or at low level isn’t even thought about.

I think if we’re clear about what problems we are we solving, then we can come up with much easier solutions. I think the FAA’s been really good with technical interchange meetings where we have a bunch of UTM companies in the room and we think through changes that we would like to see. There’s a lot of focus on this new technology from a national security perspective; it’s something I’m glad that they’re thinking about, but at the same time, we can’t go around just pre-empting “what-ifs”.

Will you make money out of UTM?

Yes. I think awareness of UTM services has been evolving for a while. For a while it’s been pretty rudimentary; many countries have thought – let’s pick the right UTM partners but UTM is a system of interconnected providers. Some people need to tap into UTM for things like authorisation, deconfliction, remote ID and others who might want a more selective view of what’s going on a city or a state or around an airport. I think this is the direction that we need to be thinking about. It’s not about choosing a UTM supplier for a whole nation it’s about understanding what kind of functionality will be needed for a particular organisation. Then choosing the right one. First, we really need to start building UTM capabilities to serve our customers.

We went to mission control centres to see how drone operators were managing their missions and logistics and we found there’s a ton of utility in corporate UTM or intra-UTM network.  That’s a core part of what we do; the more that we can add situational awareness the more potential stakeholders we can work with. I don’t see us having a specific financial line for UTM; I think it’s going to be part of our integrated solution – it’s a piece of the puzzle. We have to be clear on what problem we are solving and if we can do that, there’s some really interesting ways to add vale from providing UTM services.

When you’re looking at putting a UTM into a city how can you ensure that data – micro weather, movement of high vehicles – is valid?

There’s two aspects to this: leveraging ground-sourced information and two, if we’re working directly with a city and they generate first-hand data that comes from an official validated source, we can use that. If we give people the power to input data and keep things up to date and really give them the power and responsibility, then it’s a much more scalable, effective system.

What will you be doing in three years’ time you are not doing currently?

We really see Kittyhawk as helping companies become the biggest users of aviation. You don’t need to be an internet company to use the internet – you don’t need to be an aviation company to use the air. If you look at some of our biggest customers they already operate some of the largest fleets in the world across manned and unmanned aviation. A company like Traveler’s Insurance operates a fleet that rivals a major airline. If you think about who’s going to be using the air it’s going to be non-aviation companies capturing data or executing air commerce and we’re going to be helping them. It’s all about democratising access to the air and it’s a pretty crazy phenomenon when you consider retailers and insurance companies have never had the capabilities or inclination to access the air before.

What are the next major milestones for UTM and more complex drone operations?

We think that there is a very clear and simple path to remote ID that could be done this year, not in four or five years and it should include BVLOS. If we have to have remote ID to have BVLOS then let’s make it happen. I think that the regulatory framework is going to be the main thing here. All these companies really need is a framework in which to operate in and then they can innovate and work towards that. We saw that when Part 107 came out it wasn’t perfect, it had some flaws, it was fairly limited in some respects, but it did give companies a clear framework in which to operate a drone programme and to move fast within that framework. We just need similar types of frameworks that people can adopt and implement; it’s not a matter of technological capabilities, it’s a matter of a framework that we all can agree on and operate within.

Where is the money in this business?

It’s going to be a continual evolution of value  as you look at the pie chart of what a company might spend money on. I think we’re starting to see a shift and that’s part of prioritising and standardising some of these things. Companies spending hundreds of thousands of dollars to get waivers, that’s going to go away. Companies are still spending a lot of money on training and we see that starting to shift. We see a lot of companies that used to spend money on outside vendors and providers now developing their own operations. We see more and more money going into the software and leveraging the capabilities that you have to capture data, process data and embark on air commerce. Once you get past that prototype phase, you’re able to think about that next phase – a return on investment (RoI). We’ve done a couple of studies on our website of what kind of RoI can companies generate flying drones under today’s 107 framework and it’s pretty staggering.