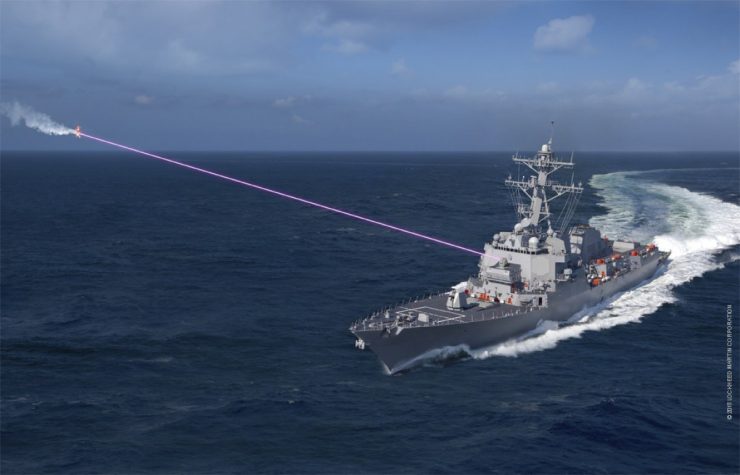 Numerous press reports say that the US Navy has successfully installed its first Optical Dazzling Interdictor, Navy (ODIN) laser weapon aboard one of its warships.

According to a report in the New Atlas news outlet: “During dry-dock operations, the Arleigh Burke-class guided-missile destroyer USS Dewey (DDG 105) received the stand-alone laser system, which is designed to blind the sensors on Unmanned Aerial Systems (UAS). The ODIN laser isn’t the first to be deployed on a US Navy warship. That honor goes to the Office of Naval Research’s (ONR) Laser Weapon System (LaWS), which was deployed on the USS Ponce (LPD-15) in 2014. However, this experience by the team behind LaWS at the Naval Surface Warfare Center (NSWC) Dahlgren Division provided the expertise needed to complete the development of ODIN.

“Unlike other laser weapons that are designed to destroy targets with blasts of concentrated laser light, ODIN is what is known as a dazzler laser. That is, it’s one of a class of lasers that are intended to blind or distract rather than destroy. Though the legality of using such lasers against human pilots restricts them to only distracting the person by acting like the glare of oncoming headlamps, such lasers can also disable or destroy delicate optical sensors on drones.

“According to the Navy, ODIN went from an approved idea to installation in only two and a half years. Over the next two years, ODIN will be deployed throughout the fleet as an anti-drone defense and the experience gained will be used in future Surface Navy Laser Weapon Systems.”