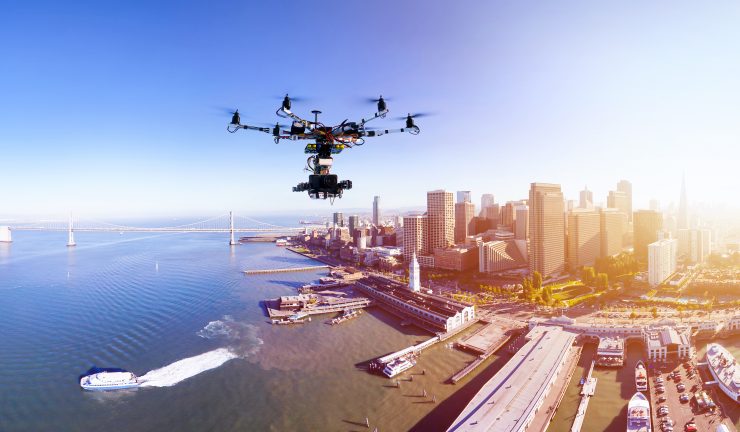 The FAA’s predictions of the growth in commercial UAS operations have in the past fallen far short of actual demand, says the agency.

“The significant growth in this sector over the past year demonstrates the uncertainty and potential of the market. Given the trend observed in the registrations, information from the survey, review of available industry forecasts, and internal research, together with market/industry research, we project that the non-model fleet by 2023 will likely (i.e., base scenario) be three times larger than the current number of non-model aircraft…. the sector will be much larger than what we understood as recently as last year. Given the accelerated registration over the last year, we now project the non-model sUAS sector will have over 835,000 aircraft in 2023 (i.e., end of 5-year period). Important to note here is that last year’s forecasted sUAS for 2022 (452,000 units) will be surpassed sometime towards the later part of 2019 or early 2020 if the present registration trend continues.

“However, as the sector matures and the industry begins to consolidate, the share of consumer grade non-model aircraft is likely to decline but will still be dominant. By 2023, FAA projects this sub-sector will have around 85 percent share of the overall non-model sUAS sector. Starting from a low base of around 13,000 aircraft in 2018, professional grade non-model sUAS sub-sector stands to expand rapidly over time, especially as newer and more sophisticated uses are identified, designed, and operationally planned and flown. If, for example, professional grade sUAS meets feasibility criteria of operations, safety, regulations, and satisfies economics and business principles and enters into the logistics chain via delivering small packages, the growth in this sector will likely be phenomenal. This growth trajectory may even be further enhanced by, for example, the Low Altitude Authorization and Notification Capability (LAANC) system, which began authorization in May, 2018.

“Unlike a developed sector such as passenger air transportation, it is impossible to put a marker on “intrinsic demand” (or core demand), primarily driven by economic and demographic factors, underlying this sector. Nevertheless, an attempt has been made to capture the low range to the projected demand. Hence, we provide the likely or base scenario together with the enormous potential embodied in the FAA approved UAS Service Suppliers (USS) are checked against airspace data in the FAA UAS Data Exchange such as temporary flight restrictions, NOTAMS and the UAS Facility Maps (UASFM).

“The survey of non-model sUAS aircraft owners reveals their present uses as follows:

“One way of identifying early trends of nonmodel sUAS uses is to analyze the waiver applications granted to non-model sUAS operators. Both the magnitude and relative composition of waiver types may indicate the direction of the non-model sUAS sector as a whole….Analysis of these waiver applications allows us to understand the industry trends, one of many metrics essential for understanding and projecting both the trajectory, course corrections, and growth trends of the sector. Almost 50 percent of airspace authorizations and waivers were approved for the controlled airspaces at the end of December, 2018. While over half of them were for class D airspace (i.e., smaller airports with control towers), other classes were also requested and regularly flown. Survey responses show that while most of the respondents routinely fly in Class G airspace (almost 60 percent), there are quite a few users, who fly within controlled airspace facilitated by the airspace waivers. Finally, LAANC continues to routinely provide auto-approval. It has provided, so far, over 47,000 auto-approvals for airspace access requests, while sending over 7,000 for further coordination.

“An important final metric in non-model sUAS is the trend in remote pilot (RP) certifications. RPs primarily facilitate non-model sUAS flights for commercial activities. As of December 2018, more than 116,000 RP certifications have been issued. Over 90 percent of those who took the exam passed and obtained RP certification…Given the trends in registration and our forecast of non-model fleet, we assume that one pilot is likely to handle 2.4 units of non-model sUAS….Last year, we projected RPs to be around 106,000 by the end of 2018; which fell short by 10,000 by the end of 2018. However, the registration of non-model sUAS far exceeded, as noted earlier, what we projected last year. Given these, we made the adjustment to RPs per non-model aircraft, thus increasing it by one more unit than last year. Despite this adjustment, RPs are set to experience tremendous growth following the growth trends of the non-model sUAS sector.”