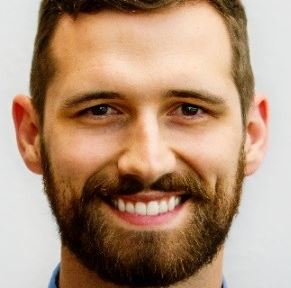 Matt Fanelli is director of strategy for Skyward, A Verizon company. This article originally appeared on Skyward’s blog

The FAA is working to standardize drone flights over people, which is great news for commercial operators. In my last article, I gave a quick summary of the notice of proposed rulemaking. The window for comment closed last week; Skyward collaborated with both AUVSI and the Small UAV Coalition on their responses. In our view, the proposed rule is well-intended but we do have some concerns, especially regarding the kinetic thresholds.

In general, the commercial drone industry agrees on several points:

The draft NPRM proposes a three-category framework for UAS permitted to operate over people. Flying over moving vehicles would not be allowed for any of the three categories.

Problem 1: These thresholds were developed for space shrapnel, not drones

The FAA used kinetic thresholds based on standards developed for commercial space debris: 11 foot-pounds (a baseball tossed underhand) and 25 foot-pounds (about like a child throwing a baseball). But a satellite falling to earth has a very different risk profile than a drone falling from 400 feet. Because of the way drones are manufactured, we know that it’s unlikely that one would “drop out of the sky.” But for the sake of argument, even if a drone operating over a crowd of people were to fall, it wouldn’t transfer all of its kinetic energy onto a person. The terminal velocity of a mostly-plastic drone is much, much slower than shrapnel falling from a satellite.

AUVSI points to existing research, including the Micro UAS ARC Report, and “experts in government, industry, and academia” that at their lowest weights, drones pose so little risk to people that we don’t need additional regulation to allow such UAS to operate over people. In addition, AUVSI recommends raising the weight threshold for Category 1 drones to reflect the research.

The FAA didn’t factor probability into the risk profile. As I mentioned above, it’s extremely rare for a drone to suddenly fall out of the sky. In traditional aviation, regulators start with the assumption that planes won’t fall from the sky—they fly over us all the time. But this NPRM has taken the opposite approach; it doesn’t account for either the reliability or the risk mitigation features of drones, both of which are substantial.

The Small UAV Coalition makes another great point: drones often lower risks when used instead of traditional aircraft or motor vehicles. Plus, drones help to keep humans out of harm’s way when used for tasks such as roof and tower inspections. Unlike fast, heavy, fuel-powered cars and planes, UAS are lightweight, typically battery-powered, and uncrewed.

Problem 4: The prohibition on operations over moving vehicles is unjustified

The NPRM suggests that flying over moving vehicles may present more risks, but the FAA doesn’t provide supporting data. For one thing, engineers design motor vehicles specifically to keep occupants safe. AUVSI also points out that the “suggestion that UAS may cause undue distraction is unsupported and unconvincing: to safely operate a vehicle, drivers and pilots alike must be able to maintain adequate concentration despite any number of ‘distractions,’ including other vehicles, helicopters, birds, and meteorological events.” This prohibition would be difficult for pilots to follow and for regulators to enforce. And given that cars and trucks are virtually everywhere, it would also stifle innovation and emerging use cases.

It’s positive for all of us that the FAA continues to partner with industry to innovate and improve regulations for drones. In the case of this NPRM, we hope that the FAA revises the rule as quickly as possible in terms of kinetic thresholds and flights over traffic. It’s also imperative that the FAA move quickly to release its long-awaited comprehensive remote identification rule. In our view, we should work to enable positive use cases as we lower risks in the unlikely event that a drone malfunctions or collides with a person or vehicle.