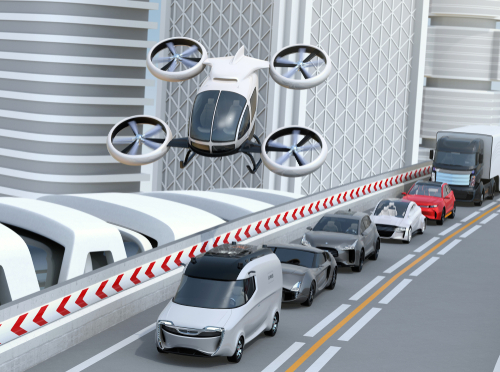 “Fundamentally the technology isn’t there,” he told the conference audience.  “The regulations say you have to have 20 minutes of reserve flight time; a Volocopter can only fly for just over 20 minutes – so how long will it be able to fly with the reserve time it has? One or two minutes.”

The essential challenge is that energy density batteries are not yet mature enough to provide the power-to-weight ratio for efficient VTOL operations. “Even If you look at sold state batteries, the Tesla 85d battery which weighs about 400 kg, and put those into a VTOL you are not going to last very long. It takes a certain amount of energy just to get a VTOL into the air. That’s why they all have wings because you need a glide ratio for efficiency.”

The technology challenges are compounded by other regulatory and certification hurdles, especially around the challenge of system redundancy.

“Volocopter is ultimately a massive drone and even with a fully distributed electrically-driven propulsion system in terms of systems redundancy you are talking a level of complexity that is in commercial aircraft. That takes around eight years to get to market as a minimum – not the two to three being talked about today.”

The European Aviation Safety Agency (EASA) requires aircraft to be designed with full systems redundancy, which means no ballistic parachute, no auto-rotating on the way down, said Carrier.

Then there are the issues of market acceptance to overcome. “Noise is a significant issue but there’s a bigger one: very few people have been in a helicopter or a light aircraft and experienced what it is like in wind-shear and the customer experience…will be that you will be thrown about,” said Carrier. “What happens in bad weather?” he asked. “Many of these will be grounded 50 per cent of the time.”