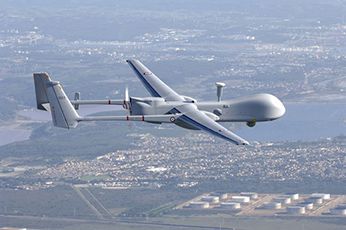 SESAR members, Eurocontrol and ENAV in collaboration with Malta Air Traffic Services (MATS) have recently conducted exercises in which they simulated the en-route airspace of Italy and Malta with realistic traffic flows. RPAS, military as well as future generation civil cargo vehicles, were inserted into the traffic mix.

Another set of exercises, this time conducted by DSNA and its partners, ENAC and SAFRAN, focused on the airspace approaching Bordeaux airport. A total of 25 controllers were enlisted for the exercises, which integrated 4 RPAS among 50 commercial flights.

RPAS fly significantly slower than conventional airliners. Added to that is the latency in communication that may occur between the operator on the ground and the platform in the air with the possibility of a datalink loss. RPAS may also require special mission patterns and could be impacted by weather such as strong winds, often far more significantly than other conventional aircraft.

Both sets of exercises noted that delays in communications impacted the way the controllers managed all of the traffic, not just the RPAS. Controllers tended to prioritise their tasks somewhat differently, depending on the amount of RPAS they were handling at any time. The exercises also confirmed the need to further investigate contingency measures for RPAS and how they fit with rules that apply to conventional traffic. Air traffic control will also need to accommodate RPAS special missions for surveillance (i.e. loitering missions and mission changes).

The results of the exercises are helping the project partners capture the requirements of air traffic controllers in terms of procedure and system support (specific phraseology and Human Machine Interface support), access to relevant data (information related to specific missions and procedures), communication requirements (maximum acceptable latency values) and acceptability of contingency procedures. The exercises will also help define suitable training for controllers.

A second set of exercises are due to take place from November 2018 to March 2019.

The exercises took place as part of SESAR Project PJ.10 PROSA 5 (controller tools and team organisation for the Provision of separation in air traffic management), which received funding from the European Union’s SESAR Horizon 2020, under grant agreement 734143.