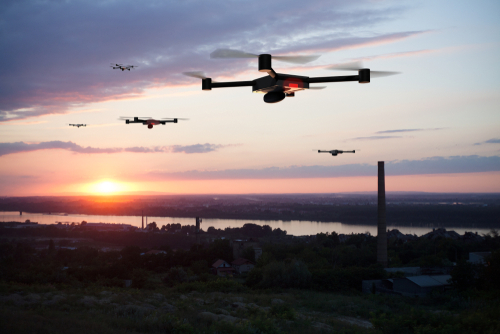 The European Safedrone project, which will carry out one of the largest European flight demonstrations of drones and conventional aircraft sharing airspace at very low level has been launched with the aim of opening up capabilities of unmanned aircraft to provide all kinds of services in rural areas and cities in the next decade.

Funded by the European Union, through H2020 and the SESAR JU, the project is being launched by a consortium led by technology and consultancy company Indra and comprising the Center for Advanced Aerospace Technologies (FADA-CATEC), Israel Aerospace Industries (IAI), Unifly, the University of Seville, ENAIRE (the air traffic management and navigation services state-owned company) and CRIDA (ATM Research, Development and Innovation Reference Center). It will develop a series of innovative U-Space services that will facilitate access for drones to the airspace that extends from the ground to 120 meters in altitude.

Safedrone’s demonstrations will help to define the operational context for these services. The exercises will involve up to eight aircraft of different types –drones, fixed-wing and rotatory wing light aircraft- flying simultaneously in the same airspace. They will include beyond visual line of sight (BVLOS) operations in rural and semi-urban areas, recreating situations such as the delivery of medical supplies, aerial mapping and land surveying. All tests and flights will take place at the ATLAS Experimental Flight Center located in Villacarrillo (Jaén), Spain.

Maintaining security levels in air operations at very low altitude will require a high degree of digitalisation and automation of a large number of functions.The Safedrone project aims to define and detail pre-flight services (electronic registration, electronic identification, planning and flight approval) as well as in-flight services (geolimitation or geofencing, flight tracking, dynamic airspace information and automatic technologies to detect and avoid obstacles). The concepts and technologies used will be proposed to the various standardisation bodies, such as EUROCAE and GUTMA, and air regulatory authorities, such as the European Aviation Safety Agency (EASA) and the Spanish Aviation Safety and Security Agency (AESA), in order to provide evidence to support the safe integration of drones in VLL operations.