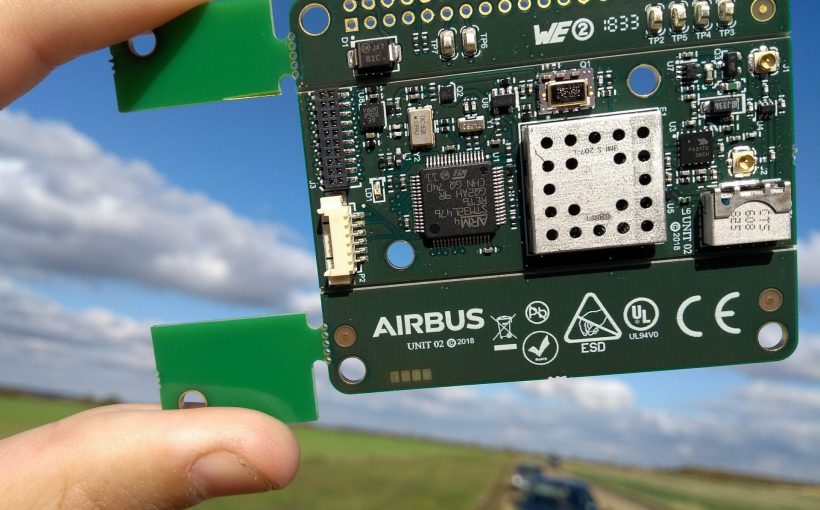 Airbus Defence and Space has developed the Drone-it! device to tackle the issue of drone identification by monitoring and separating drone traffic.

Using a GNSS (Global Navigation Satellite System) receiver and transmitter – as well as integrating a new chipset being developed by Airbus telecommunications experts for the Internet of Things – the Drone-it! device effectively “turns drones visible,” according to Alexandre Piot, Drone Traffic Management Project Manager at Airbus Defence and Space.

Transmitting independently from a drone’s avionics system, the chipset can communicate directly to ground networks or be relayed via a geostationary-orbit satellite.

During live trials performed in the UK during October 2018, Drone-it! was combined with a specially-developed radar for detecting small drones. These trials were part of the CLASS (CLear Air Situation for UAS) project, which is included in the Single European Sky ATM Research project exploring Europe’s U-space concept. U-space is defined as a set of services enabling safe and fair access to airspace for all users.

The UK demonstrations in October involved 40 flights and six scenarios, with data collected from both cooperative and non-cooperative drones for analysis to develop a data fusion algorithm.