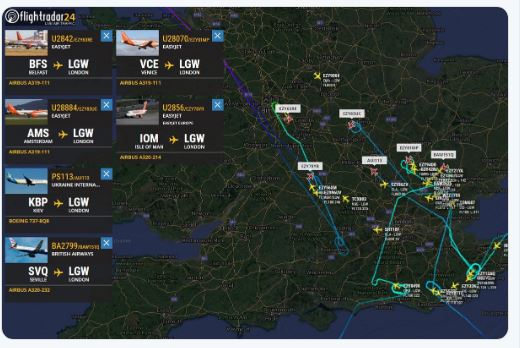 London’s Gatwick airport was brought to a standstill on 19 and 20 December following the sightings of drones flying over the airfield in what appears to be a coordinated attempt to shut the airport.

Two drones were sighted flying over the airfield at 21:03 on 19 December and further reports continued on the 20th. At least 6,000 passengers flying into Gatwick had their flights diverted with a potential 110,500 passengers having flights disrupted or cancelled as a result of the sightings. The runway was briefly reopened at about 03:01 on 19 December, the airport said, but forced to close again about 45 minutes later following”a further sighting of drones”.

The police advised the airport not to shoot down the drones because of what might happen to the stray bullets.

At the time of writing (20.53 GMT) the airport remains closed.