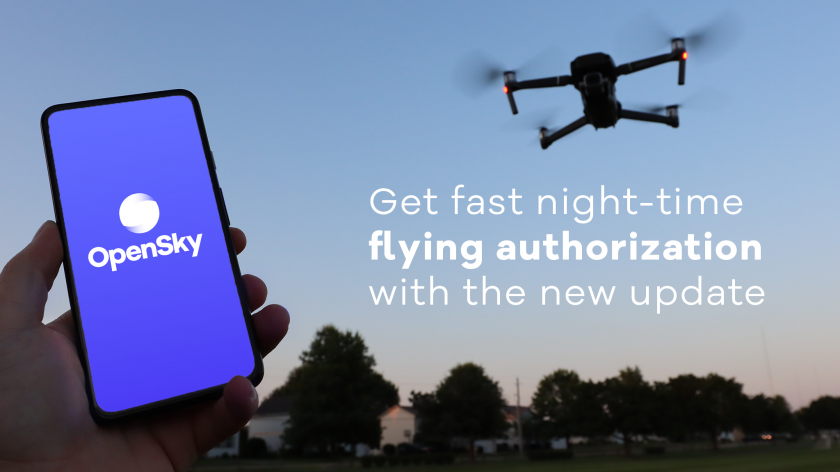 Wing has updated its OpenSky free drone flyer app, first released in June 2021. OpenSky is designed to help drone operators share the sky safely. Tens of thousands of operators are using the app to find out where they can safely fly their drones and request authorization to fly in controlled airspace according to Wing.

The latest version opens up access to new airspace for commercial and recreational flyers and allow for real-time authorization requests for night-time flying in controlled airspaces.

The updates to OpenSky are made possible by a new version of the FAA’s Low Altitude Authorization and Notification (LAANC) program. This new version of LAANC includes a number of improvements and refinements that make drone flyer apps like OpenSky even more helpful for users.

In partnership with the FAA, the new update enables Part 107 flyers to request near real-time authorization to fly at night, all through our OpenSky app.

The first update will open up new airspace that was previously unavailable to flyers by refining the airspace grids used in the app. With smaller quarter-mile grid sizes, restrictions can be more targeted to where they are needed. Since altitude and authorization limits are defined for an entire grid, the smaller grids will allow for more flexibility in how restrictions are defined. Previously, a limit in one part of an approximately one-square mile grid would prevent flyers from operating in the entire grid.