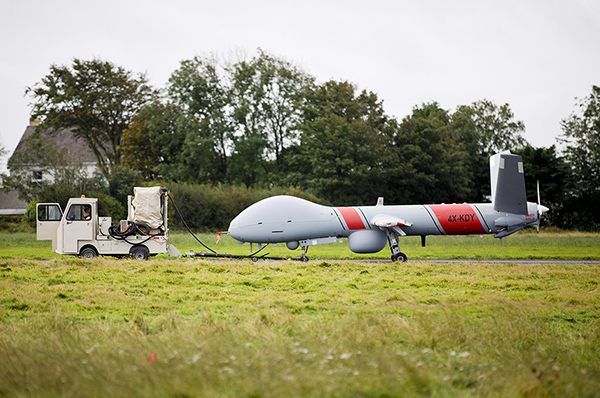 Elbit Systems’ Hermes 900 Unmanned Aerial System (UAS) has successfully completed a series of flight demonstrations for the UK Maritime and Coastguard Agency (MCA). The demonstration was run by the MCA and was designed to test the capabilities of using a UAS to enhance Search and Rescue (SaR) capabilities and the use of long-range unmanned capabilities in civilian airspace.

According to the Elbit Systems press release: Taking place off the West Coast of Wales over the first two weeks of September, the Hermes 900 was able to fly advanced Beyond Line of Sight (BLOS) missions into unsegregated and uncontrolled airspace, in full alignment with the UK Civil Aviation Authority (CAA). The success of these trials is a significant step forward in enhancing the capabilities of the MCA as they seek to improve the efficiency and effectiveness of its search and rescue operations while reducing the risk to MCA personnel in the field. Elbit Systems UK is closely collaborating with the UK Civil Aviation Authority, supported by additional UK companies, including Inzpire and Aviation Systems Group.

With a wingspan of 15m, the 1.2 ton, Hermes 900 is already deployed with more than a dozen advanced customers around the globe providing search, rescue and reconnaissance capabilities.