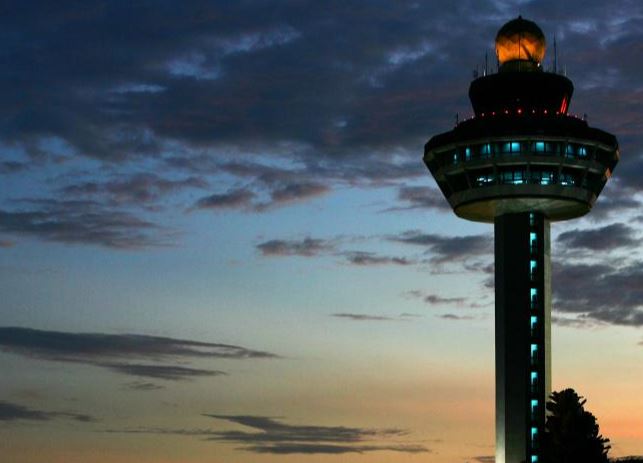 The Singapore Government will introduce a mandatory registration regime for all drones in Singapore as well as a licensing framework for pilots of large and more capable drones, a move prompted by concerns over recent drone intrusions that resulted in several flight delays at Changi Airport, says the government website news report.

Announcing this in Parliament on Monday (July 8), Senior Minister of State for Transport Lam Pin Min said that imposing such licensing requirements “will ensure that drone operators are adequately briefed on their responsibilities and that their activities are conducted in a responsible manner”. The Government, he added, is also looking to increase penalties for errant drone users.

Under existing laws, it is an offence to operate drones within 5km of the airport or military bases or to fly drones above 200 ft (61m) without a Class 2 activity permit for recreation or research purposes. Those guilty of doing so face a fine of up to SD20,000, or a jail term of up to 12 months, or both.

Dr Lam told the House that these recommendations were made by the UAS (Unmanned Aircraft System) Advisory Panel set up by the Civil Aviation Authority of Singapore earlier this year. The panel’s task is to review and recommend improvements to existing regulations.

On the timeline as to when the mandatory registration will kick in, Dr Lam said the Government hopes that this can be done by the end of this year. “But we are urging the advisory panel to double up their efforts so that we can even bring the timeline earlier,” he added. He was responding to seven Members of Parliament (MPs) who asked for updates on the investigation into recent incidents of flight delays at Changi Airport caused by the presence of illegal drones, and measures that the Government will take to prevent such incidents from recurring.

Dr Lam told the House that over two nights on June 18 and 24, drone intrusions at Changi Airport — the first confirmed intrusions experienced at the airport — led to 55 flight delays and eight diversions. “Although the impact of the recent drone intrusions has been moderate, these intrusions can have severe impact on airport operations”, said Dr Lam, pointing out that Gatwick Airport in the United Kingdom had to be shut down entirely for three days last December due to drone intrusions. Jurong GRC MP Ang Wei Neng asked whether the drone intrusions were committed by foreigners, but Dr Lam said it is “too early to prejudge” the profiles of the perpetrators.

He noted that police investigations are ongoing and that based on the experiences of other airports, “identifying the perpetrators can be challenging and will take time”.

The priority now, he said, is to detect drones promptly and prevent them from affecting air traffic and endangering public safety. He added that the authorities have taken a multi-agency approach and deployed national resources towards ensuring the safety of Changi Airport operations.

Several MPs asked if the Ministry of Transport (MOT) and other agencies plan to introduce an unmanned aerial traffic management system to track drones in real time so that it is easier to go after errant operators or conduct active enforcement round the clock.

Dr Lam pointed out that he had previously told Parliament that the MOT is studying the concept of a central flight management system which will monitor the activities and locations of registered unmanned aircraft system.

But such a concept is “only useful” for operators who are cooperative. As for those with malicious intentions, relying on existing sensors to detect them would be of “utmost importance”, he said.

Mountbatten MP Lim Biow Chuan said that existing measures to deal with illegal drone intrusions are “inadequate”. He referred to the fact that several of his parliamentary colleagues had raised concerns following the intrusions at Gatwick Airport earlier this year, with Dr Lam responding then that there are adequate counter-measures.

“So, looking at what has happened, it seems that such counter measures are inadequate. Really, what other measures would the Ministry of Transport take to ensure that your measures are adequate to prevent a recurrence?” Mr Lim asked.

In response, Dr Lam said that following the intrusions at Gatwick Airport, Singapore’s authorities came up with standard operating procedures and conducted tabletop exercises to run through operational plans to cope with similar incidents. He reiterated that the authorities are looking to impose stiffer penalties. Two individuals and a firm were recently prosecuted for flouting the law. On Monday (July 8), a civil engineering company was fined SD9,000 for flying a drone in public for business purposes without a permit, becoming the first firm to be dealt with in court for such a case. Just three days before, on July 5, two men became the first individuals to be prosecuted for allegedly flying drones without a permit at an open field in Punggol, which is within 5km of the Paya Lebar Air Base. In his response to the MPs, Dr Lam also said that the authorities have assessed the existing no-fly-zone parameter — which prohibits the use of drones within 5km of an aerodrome — as sufficient.

The recent drone intrusions at Changi Airport might lead some to call for a ban on drones, he raised. But using drones also has its benefits.

For instance, it can be used for deliveries and inspections as well as to teach students robotics and programming.

“It is therefore important that we continue to take a balanced approach,” said Dr Lam.