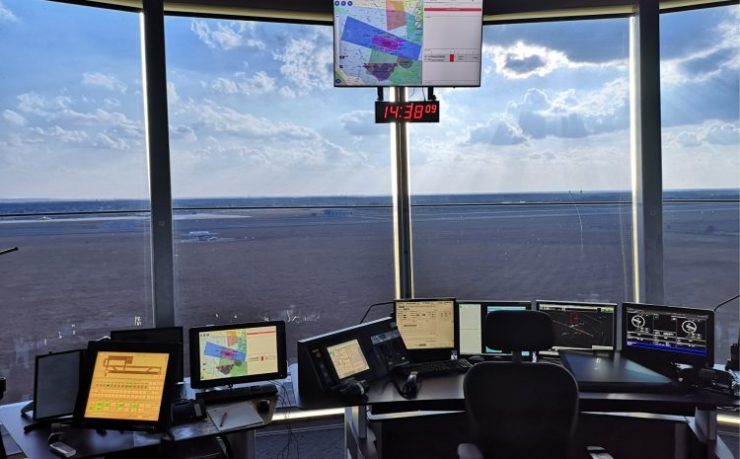 On 29 April, a pilot project was carried out to transport samples for testing for the presence of the COVID-19 virus using a cargo drone and supported by PansaUTM, managed by Polish Air Navigation Services Agency. The flight beyond the visual line of sight (BVLOS) was operated between two hospitals in Warsaw and was made possible by new regulations regarding BVLOS implemented on the 31 January 2019.

According to the UTM/U-space company:

“PansaUTM allows for coordination of unmanned aircraft flights and digital management of requests and approvals of flight plans. The project took place in the most demanding environment of Warsaw – the biggest city in Poland, in the controlled airspace of Chopin Airport (CTR Warszawa) and in the area of operation of air medical services. The drone with a cargo module was flown between the two hospital’s landing pads. The package with the samples was loaded into the drone at the first hospital and then transported to the University’s hospital. The whole operation including loading and unloading took only around 15 minutes, the flight itself only being around 3 minutes.

“Use of drones for medical transport in the times of pandemic could not only accelerate the transport of samples for testing for the presence of the virus, but also optimize supply chains from hospitals to certified laboratories helping use them to their full potential.

“It is a step towards thinking of a practical use for drones in different aspects of everyday life, or in this case the possible use of drones in the fight against the coronavirus – says Janusz Janiszewski, PANSA CEO. Such advances flight service including visualizing the drone’s location in real-time combined with basic flight parameters thanks to the dedicated transmitters and receivers would not be possible without PansaUTM – a solution allowing for a safe coordination of UAV flights, which translates into a possibility to integrate unmanned aviation into conventional, manned traffic – Janiszewski adds.

PansaUTM reports it could also soon be “integrated with state registers or the 112 emergency line. At the same time, PANSA is ready to coordinate drone flights helping law enforcement services, health services, local governments and companies in fighting the epidemic.

“The whole project and preparations were supervised by experts from the Polish Civil Aviation Authority and Polish Air Navigation Services and included planning the flight route and analysis of the surrounding terrain. In order to ensure the maximum level of safety, the flight in Warsaw was preceded by test flights in the Central European Drone Demonstrator in the Silesian Metropolis.”