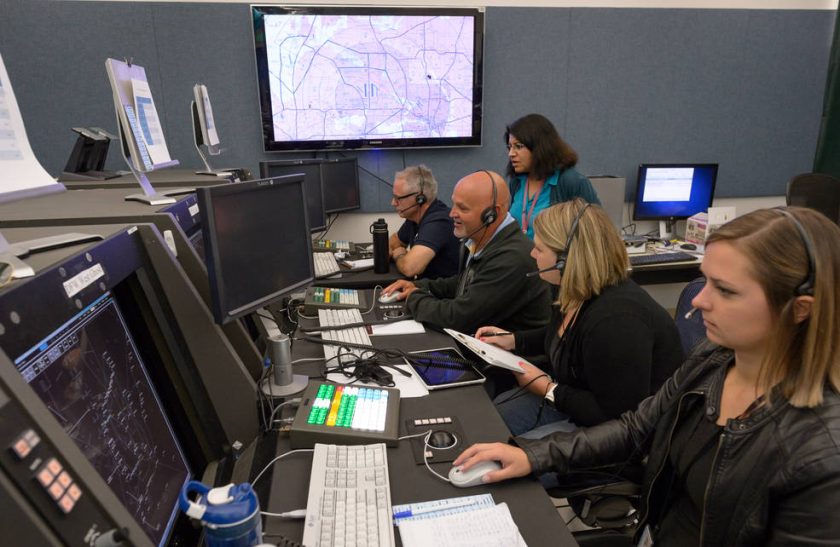 NASA is organising an on-line briefing and discussion seminar on the results of its recent Strategic Conflict Management Simulation (X4) programme. During X4, NASA led discussions and collaborated with seven industry airspace partners to develop initial airspace management concepts for UAM that drove what would be tested and evaluated during the simulations.

Here is a background to the work and the event. The FAA UAM Concept of Operations (ConOps) v1 [1] served as an initial guiding document for the X4 airspace management system design to ensure the architecture supports testing of services provided by third-party service providers. To that end, the X4 architecture leveraged concepts and technologies developed for Unmanned Aircraft System (UAS) Traffic Management (UTM) while also developing and testing new capabilities and services needed for UAM. The architecture included an initial prototype of the FAA-Industry Exchange Protocol (FIDXP), third-party services such as the PSUs, and Discovery and Synchronization Service (DSS), and other new services such as Demand-Capacity Balancing (DCB) to facilitate UAM strategic conflict management.

“During X4, NASA led discussions and collaborated with seven industry airspace partners to develop initial airspace management concepts for UAM that drove what would be tested and evaluated during the simulations. The initial capabilities defined for PSU leveraged UTM UAS Service Supplier (USS) as a starting point and evolved to meet UAM requirements. These discussions were also an opportunity for NASA to collaborate with industry to develop a set of initial Community-Based Rules (CBRs). These CBRs enabled how UAM traffic would be cooperatively managed among UAM operators. The collaborative, iterative process of developing CBRs with industry during X4 provided insight into the challenges involved and identified the need for a suitable and effective forum for future CBR development.

“In parallel with these discussions, NASA conducted a series of seven software sprints and two collaborative simulations with the airspace partners that built up in complexity. Over the course of the year, all seven partners successfully completed all the sprints by demonstrating the required capabilities. They also participated in the two collaborative simulations to demonstrate how multiple PSUs could work together in a collaborative, more complex environment with higher traffic density.

“The X4 simulation accomplished NASA’s objectives and helped advance the development of the seven participating PSUs. The lessons learned provided insight into key elements of the UAM Notional Architecture from the FAA ConOps v1 [1] and UTM technologies when applied to UAM: