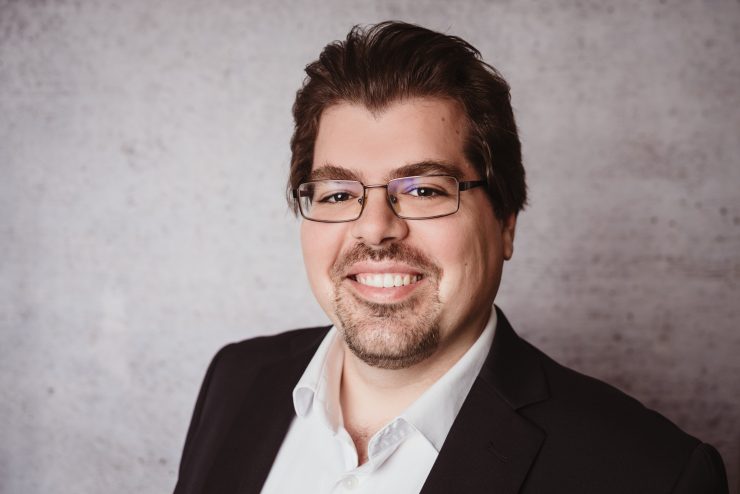 Robust, reliable, accessible, timely, networked data is the key to unlocking more complex command-and-control, payload-up/download and UTM system services for the drone sector. It will also enable the next stage of aviation’s evolution: fully autonomous flight. But how do we go from today’s largely manual technologies and procedures to a future, data-driven aviation system?

AirborneRF has established itself as the interface between the worlds of aviation and mobile network operators (MNOs) (https://www.unmannedairspace.info/sponsored-editorial/airbornerf-will-provide-the-technical-bridge-to-worldwide-bvlos-drone-operations/), processing MNO data into formats aviators can use – using complicated rules to give aviators a simple yes/no decision for a proposed flight. A brief dive into the backbone of the technology which creates this interface shows just how robust the AirborneRF service is and how it can be the foundation for future value-added services for MNOs, drone operators, the manned aviation community and UTM service suppliers (USS).

“Based on crowd-sourced UAV measurements we analyze, understand and forecast LTE and 5G connectivity for UAVs,” says Thomas Wana, Co-founder and Technical Lead at Dimetor, creator of AirborneRF. “We have certain key performance indicators characterizing the cellular networks, certain very technical values that we process for every point in space in a very performant way. We do that in near real-time because it’s very important that changes in network propagate very quickly to the aviation side. We constantly measure signal quality and report that back to the network. AirborneRF forecasts connectivity conditions based on the measurements that we get back from the drones and that’s something that happens automatically.”

Every MNO network is vulnerable to interference — the more users on the network, the greater the chance of interference. This is well understood for ground operation, for which these networks are optimized for. For airborne applications, that is way more complex.

“We basically have two modes of operation. In the first one we calculate the connectivity conditions (which also contains interference) for a large area, like 80 square km,” says Thomas. “We calculate the 3D connectivity conditions including an aggregate of various criteria (including interference) for that area. This makes it a 4D challenge, as this is very time variant. It is critical that AirborneRF processes that in close to real-time. In the second mode AirborneRF processes minimum connectivity performance metrics for an individual drone flight. We make a precise calculation for its 3D track; we can process more information with this because we know roughly what the orientation of the aircraft will be, where the antennas will be, so that calculation will be more precise and will take just a matter of seconds.”

This gives the drone operator a flight corridor through which the drone can fly, with the certainty that the mobile network will be able to support the flight. AirborneRF also integrates NOTAM and airspace availability data along with measurements of MNO connectivity so if route changes are required an alternative route can be proposed which will guarantee connectivity. The technology behind the system has been configured to allow for more complex drone operations in the future.

“We feed the measurement data into machine-learning models in AirborneRF and they start to learn the topology of an area, for example,” says Thomas. “We can programme building location and heights so once drones start flying around in cities, the technology will be able to scale. Amazingly, we have demonstrated that the current system could cover half of continental USA; we calculated that in under a minute because we’re simply able to scale up horizontally, just by adding computer resources.”

One of the main elements to any robust air traffic management system is predictability – knowing what the traffic load is likely to be at a certain time in the future so capacity can be generated to manage the load safely. There are currently no standards in place for UTM service providers to exchange flow-management data but AirborneRF is working with a large ATM/UTM system supplier to deploy its MNO network-status prediction tools for the pre-tactical phase of drone flight planning, forecasting interference conditions many days in the future, and possible alternative drone flight paths. Once the drone is in the air the system accesses ATM and UTM flight plans and MNO network data to determine the drone’s flight path and whether interference conditions are deteriorating, sending an alert to the operator as soon as vulnerabilities in the network are detected.

The AirborneRF system will also allow users to optimise other services.

“Most mobile operators have geo-location systems deployed so that they know where subscribers are to tune their networks to the demand, and to enhance customer support” says Thomas. “They thus know where people are at what time of day and we can utilise that information for aviation use by adding it to our safe-zone rules to avoid large gatherings of people. This will also be of interest to the manned aviation world because we will need to integrate low-flying aircraft – such as emergency helicopters –  into the UTM system and one way to do this will be to connect them to the MNO network.

“More useful applications are emerging every few months. This is a new industry and integration is a work in progress. We believe that MNOs are sitting on a treasure-trove of data that they could monetise; selling service levels as well kilobits-per-second data services. If MNOs decide to share their ground-risk data, they will be able to do that through our system.

AirborneRF could also help MNOs develop a back-up location service. In the manned aviation world surveillance data is supplied by radar and ADS-B services but the mobile network can be used as a capable secondary location source in case of a global navigation satellite service (GNSS) failure. Location precision is in the order of tens of metres, depending on the distance to the serving cell, which is not manned aviation-grade precision but could be enough to ensure safe services in case of a GPS signal failure on a drone.

“We believe we can provide an interface at every stage in the aviation cycle,” says Thomas. “Our prime customers are MNOs because we integrate AirborneRF into their systems and use their data, but we can also provide these services to satellite communications companies — it doesn’t necessarily have to be a terrestrial mobile communication provider. If you look at the recent U-space opinion from the European Aviation Safety Agency (EASA), you can see that the data we provide is also valuable for air navigation service providers and drone operators. Somehow all of them need it at some stage during a flight.”

AirborneRF has built a technical base that can service multiple users from different sectors using different generations of MNO communications links. This means the system collects data on the SIM card and the MNO to which the drone is connected, along with the technical capabilities of the drone. It creates a composite picture which can be used to determine optimum levels of performance. It is essentially MNO/technology agnostic.

“When it comes to 4G or 5G we are also technically agnostic,” says Thomas. “We support both and we treat them as independent technologies. So, if the drone has a 5G modem but can fall back to 4G then we will calculate operations in both 5G and 4G. But if it’s only communicating via 4G then that’s what we work with.”

“We have also defined different service levels for different roles. For a C2 link, for example, interference is not that much of a problem because you don’t need to transmit so much data. But latency can be an issue — if you pass a command to the drone, you want the drone to receive that very quickly. But when it comes to live-streaming video data from the drone if there is a lot of interference that data might not get transmitted. Aviation customers tell us what service they want and we work out how flexibly to accommodate them. We bridge the gap between connectivity providers and aviation systems.”

AirborneRF has been very active in proof-of-concept trials. It has been involved with partners of the SESAR Gulf of Finland aviation research project and is supporting individual MNO aviation connectivity research. Although most MNOs have a good idea about the robustness and range of their networks  — and how the mobile network performs in the air – more real-world research is needed because telecommunications networks are not primarily configured for aviation use, though the next generation of MNO antennas could be configured more towards aviation communications. It will be important to understand how the new stack of software and hardware solutions — including supplemental data providers such as weather monitoring services – can be integrated into the future aviation network.

“MNOs are doing much of the research by themselves,” says Thomas. “Almost all of them are involved in some kind of proof-of-concept project and their results will greatly help in standardising procedures and making regulations possible. We are discovering something new in every project and we are starting to get answers to questions such as: where do you put the thresholds? What is a good interference level, what is a bad one? What is a good signal strength? This is something that we are in the process of finding out and every new, real-world project is helping.

“There are other concepts out there such as using 5G as a kind of radar replacement, but we need to understand how we will interface with each other and exchange data.”

But the system which AirborneRF has developed to link the worlds of aviation and MNOs has been designed to incorporate new users and new services whatever future technologies will emerge over the next few years.